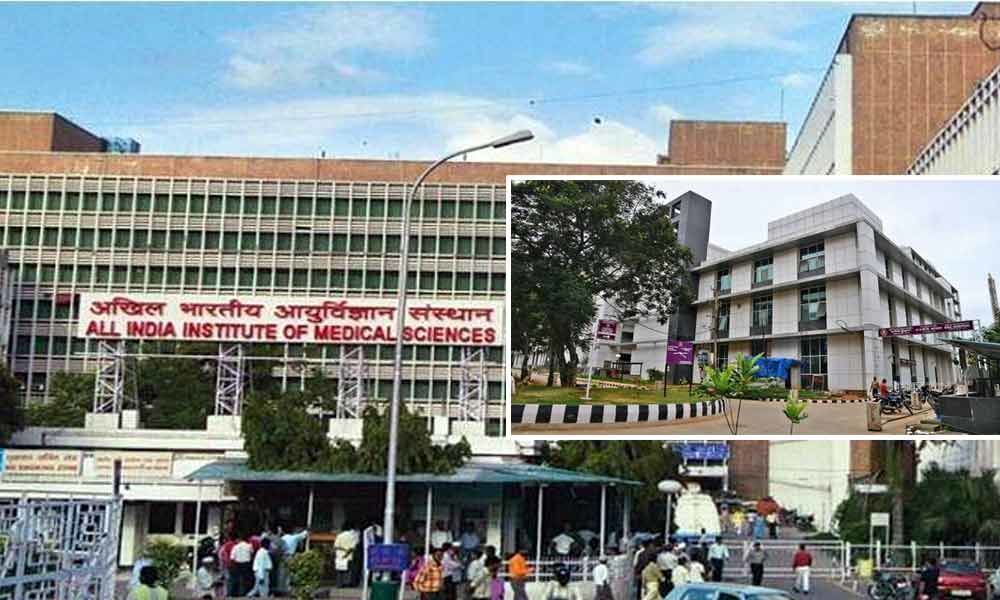 Dr M. Srinivas, a professor in the Department of Pediatric Surgery at AIIMS Delhi, who was handpicked by the Central government in 2016 to bring the Employees'

Hyderabad: Dr M. Srinivas, a professor in the Department of Pediatric Surgery at AIIMS Delhi, who was handpicked by the Central government in 2016 to bring the Employees' State Insurance Company (ESIC) Hospital and Medical College in Hyderabad "out of coma", has over the past three and a half years turned it into one of the country's busiest hospitals.

"In February 2016, when I was sent from AIIMS to Hyderabad, the hospital here was nothing but concrete walls with no doctors and staff. Only dogs roamed the campus," said Dr Srinivas, who is also the Dean of the ESIC Medical College.

Early that year, the Indian Medical Council (IMC) twice cancelled the licence of the college, as it did not meet its standards. "But within months, we were able to turn things around with the help of technology," he told IANS.

"For the recruitment of doctors and other staff, we devised a system that involved judging applicants online on 70 parameters. For example, marks were assigned for gold medals, research paper publications and other such achievements. As soon a candidate entered these details, the computer-generated his/her total marks and the candidates got shortlisted online for the specified posts," he said.

"Thus we eliminated nepotism, recommendation and bribery from recruitments. Today, we have a team of over 300-plus doctors and 800 support staff," he said.

"We were the first institution in the country to use Aadhaar-Enabled Biometric Attendance System (AEBAS) to check late-coming staff. The technology was also used for improving attendance and preparing salaries," said the ESIC Dean, who is known to be a stickler for time.

"With the AEBAS system linked to the salaries of the hospital staff, arriving late for three days in a month is considered a Casual Leave, and beyond three, leads to deduction in salary. Though, there is a grace period of 15 minutes," he said.

"Thus the average time that doctors spend in the hospital has increased from two hours to eight hours over the past three years," he added.

The AEBAS also allows the hospital to find out the location of its doctors within the hospital. "As soon a doctor punches his thumb or finger on the system in any department, his location is recorded in the system and can be viewed from the tab on the go," he said.

"Our aim to ensure good governance played a major role in ensuring hassle-free recruitment of staff, elimination of proxy attendance, reduction of referrals and weeding out of bogus patients at the hospital," he added.

Dr Srinivas used technology to not just improve facilities like the hospital, but also curb the menace of corruption there. The practice of referrals by doctors to private facilities with the intent of getting kickbacks has been curbed to a great extent as the doctors referring the patients have to now give their biometric details with every such case.

Sharing the data of referrals from the hospital, he said: "Now only three per cent of patients, with genuine problems, are referred to outside facilities."

All these efforts helped improve the ESIC Hospital's reputation considerably. Today, the hospital OPD, on an average, caters to around 4,000 patients daily and its bed occupancy has been nearly 90 per cent over the past three years. It has also conducted over 36,000 major and minor surgeries over this period.

According to Dr Srinivas, the hospital now provides Super Specialty facilities for cardiology, plastic surgery, nephrology, endocrinology, urology, neurology, haematology and rheumatology. "Some facilities are provided in PPP (public-private partnerships) too," he said.

The hospital has over 700 beds at present, and more are likely to be added to increase their number to 1,500.

However, Dr Srinivas refuses to take credit for the hospital revival. "Building institutions is important. The individual is nobody. Today we are here, tomorrow we won't be. So the system is important. If this institution runs beyond me, it's not my success. It's the system's success."

The Labour Ministry runs more than 150 ESIC hospitals across the country to cater to the healthcare needs of both private and public sector industrial workers, who earn below Rs 21,000 a month and subscribe to the Corporation. The hospitals are funded by the insurance money paid by the employers and the employees.

Finance Minister Nirmala Sitharaman recently announced that the contribution to the ESIC Fund has been reduced from 6.75 per cent to 4 per cent -- 0.75 per cent of which is paid from the basic salary of the workers, and 3.25 per cent by their employers.

(Anand Singh was on a visit to the ESIC Hospital, Hyderabad on the request of the BJP Good Governance cell. He can be contacted at [email protected])