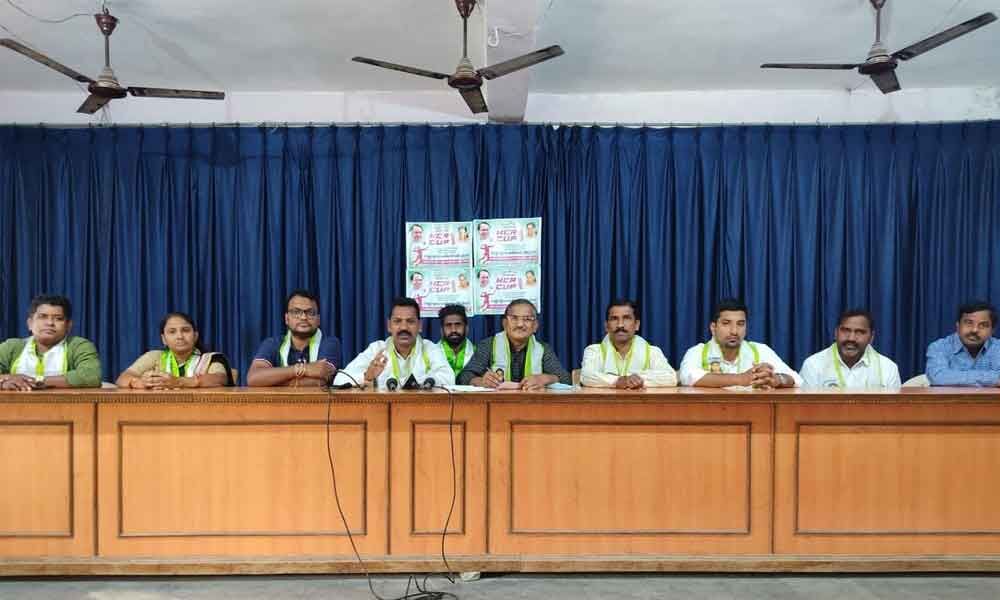 Karimnagar: On the occasion of Chief Minister K Chandrashekar Rao's birthday on February 17 and as part of the call given by Telangana Jagruthi...

Karimnagar: On the occasion of Chief Minister K Chandrashekar Rao's birthday on February 17 and as part of the call given by Telangana Jagruthi founder president and MLC Kalvakuntla Kavitha, a State-level 'KCR Cup Volleyball Tournament' would be conducted from February 10, informed Jagruthi district president Jaadi Srinivas.

Speaking at a press meet held at Press Bhavan in Karimnagar on Friday, Srinivas said that as per the orders issued by MLC Kavitha, Volleyball tournaments in all the 33 districts would be conducted from February 10 onwards. In Karimnagar, the tournament would be held from February 10 at 9 am in SRR government degree and PG college grounds.

The teams that are interested should consult the members of the Telangana Jagruthi and must enrol their names, he appealed.

The representatives of the Telangana Jagruthi B Anantha Rao, Raja Rao, MA Rafi, Vishnu Vardhan, Thirupathi, Shiva Rani, Ravikanth, Rathnachari and Santhosh were present along with others in the press meet.