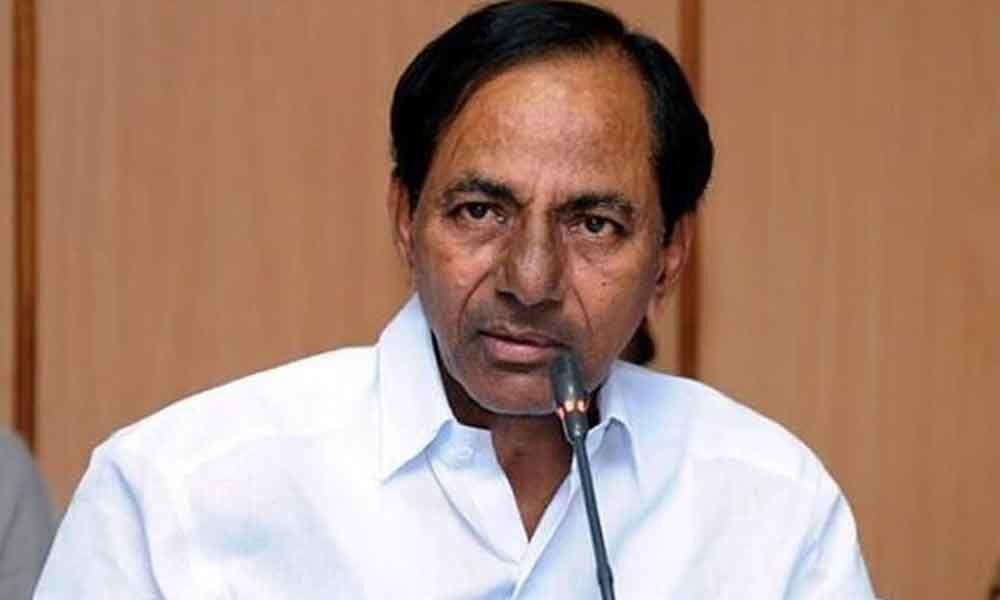 Khammam: Chief Minister K Chandrashekar Rao on Thursday said that the Telangana Rashtra Samithi (TRS) has reached a stage where it can have Governors at national level and diplomats at international level.

Addressing public meeting at Khammam, the Chief Minister said that the TRS leaders should shed away their differences and work with unity for the victory of the party candidate in Khammam.

"When the TRS was started in 2001, I used to say, TRS is going to be number one party and it will have MLAs, MPs, Ministers, Central Ministers, Governors and diplomats.

The party has already reached the stage of MLAs, MP, Ministers and now we are in a position to get Governors and diplomats and coming days are positive for us and leaders like Ponguleti Srinivas Reddy and Tummala Nageswara Rao will be used in these posts," he said.

The TRS president said that denying ticket to Srinivas Reddy was not disqualification.

He said that Srinivas Reddy was like a child in his family and he had to decide in favour of Nama Nageswara Rao to be candidate seeing the equations in the district and he had also worked with him in Parliament during Telangana agitation.

He asked workers and leaders to work day and night for the victory of the TRS candidate. The TRS is already ahead in constituency with 57 per cent votes and if leaders try hard, the party can get 60 per cent votes, he added.

K Chandrashekar Rao said that he expects that Khammam will play a wise role in this election. "I am someone who thinks that every inch of Telangana is mine.

Target of my life is to see every child of Telangana to live happily," the Chief Minister said. He said that this election was to change the future of the country.

"Right from grandmother to grandson, they don't have real commitment and if they win, they will not do anything," he said. He targeted the BJP leaders for bringing in slogans like Chaiwala and Chowkidar.

The Chief Minister assured the people of starting steel factory by attaching it to Singareni by State government if the Centre does not agree.

He said that the problems of the farmers would end with the completion of Sitarama Project with Rs 13,000 crore.

"All clearances have come and once Dummugedem lift starts it is my responsibility to give water to two crops in the district without depending on Nagarjunsagar," Rao said.