KTR to rev up membership drive with basti bata from today 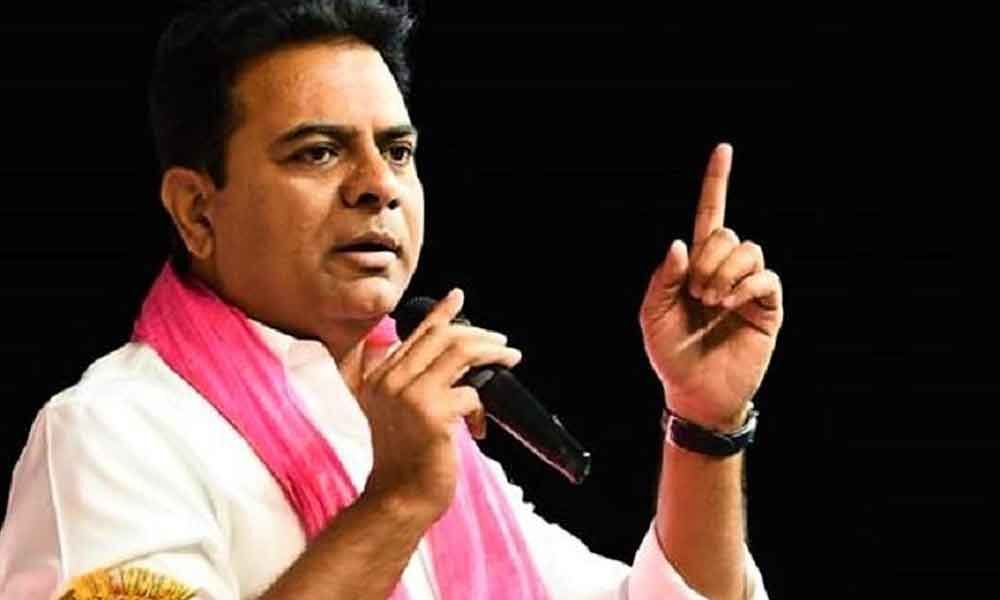 Hyderabad: Even as the TRS working president K T Rama Rao has decided to launch 'Basti bata' in the city, the party leaders feel that the membership drive in the capital would be challenging as most of the Assembly constituencies have not reached the target.

The TRS had started membership drive on June 27 and fixed a target of 60 lakh members. However, the party could not reach the target and was restricted to 50 lakh members as declared by the party's working president recently.

Sources said that KTR was unhappy with the performance of the leaders in city where the average membership was 25,000, and particularly in the Old city the membership could not even cross 10,000 mark.

Consequently, taking the responsibility on his shoulders, KTR has decided to tour the city areas from August 6. As part of his 'Basti Bata', KTR would be visiting Secunderabad Assembly constituency.

He would address the important party workers' meeting which would be attended by Deputy Speaker T Padma Rao Goud, Minister T Srinivas Yadav, Mayor Bonthu Rammohan and other public representatives.

A senior party leader said that most of the citizens are not inclined towards the political activities except when there are elections.

"The city voters do not show interest in voting as we have seen in the successive elections when the voter turnout was not even 50 per cent. They will not be keen to take the membership," said the TRS leader.

Party's membership drive was extended for the city till August 10. The leaders also feel that there would be some positivity with the visit of the party's working president K T Rama Rao.