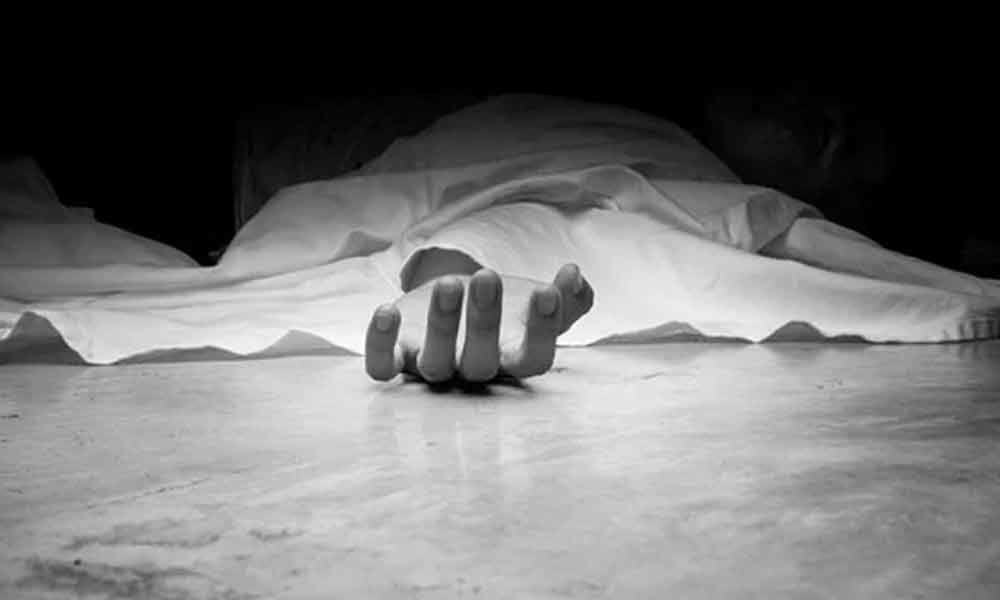 Suspecting his wife's fidelity, a man slit her throat and attempted to kill self here at Dharmapuri of Jagital district on Friday.

Suspecting his wife's fidelity, a man slit her throat and attempted to kill self here at Dharmapuri of Jagital district on Friday.

Rajita, second daughter of Pramila and Rajayya of Gangapur had got married to Jakkula Tirupati of Ramakrishnapur nine years ago. Tirupati used to pick up a quarrel with his wife suspecting her fidelity following which the local panchayat leaders counselled the couple in the presence of their family members.

On Thursday, they went to Gangapur along with their two children Akshit and Ritvika to celebrate Raksha Bandhan. On Friday, Tirupati asked Rajitha that they would go to his native place but his wife refused it.

He then left the place alone and then returned to his wife and slit her throat. Later he himself slit his throat. The duo was rushed to a hospital in Jagtial. Later, Tirupati was shifted to Karimnagar hospital due to a severe loss of blood.