Mana Dattanna heads for Himachal as its Governor 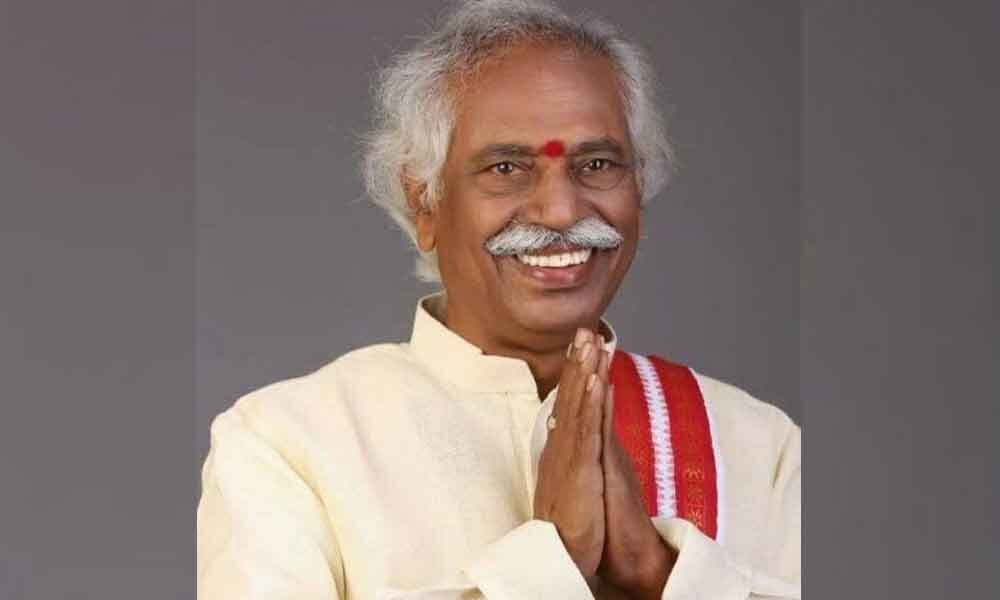 Former Union Minister and senior BJP leader Bandaru Dattatreya has been appointed Governor of Himachal Pradesh. He replaces Kalraj Mishra, who was transferred to Rajasthan.

Hyderabad: Former Union Minister and senior BJP leader Bandaru Dattatreya has been appointed Governor of Himachal Pradesh. He replaces Kalraj Mishra, who was transferred to Rajasthan.

It has been a long wait for the 72-year-old local strong man who was dropped from the Union Cabinet during the first tenure of Modi government and was later denied the Lok Sabha ticket from Secunderabad constituency which he had won many times.

Dattatreya had joined the Rashtriya Swayamsevak Sangh (in 60s).

He also served the party as state president between 1996 and 1998 before he became an MP and was inducted into the Cabinet as Union Minister of State for Urban Development in the Vajpayee government.

Dattatreya who was known as real grassroots leader and was most easily accessible to the people became the Union Minister of State (Independent charge), Labour and Employment in the first term of the NDA government in 2014.

He is also credited with bringing the Multi Modal Transport System (MMTS) to Hyderabad. During the Telangana movement, Dattatreya had started Alai Balai programme where leaders of all political parties used to rub shoulders. The programme had become a regular event even after the bifurcation during Dasara festival.

Born on June 12, 1947 in Hyderabad, the BJP leader did his B Sc from Osmania University and became an RSS pracharak in 1968. He was arrested under Maintenance of Internal Security Act during Emergency.