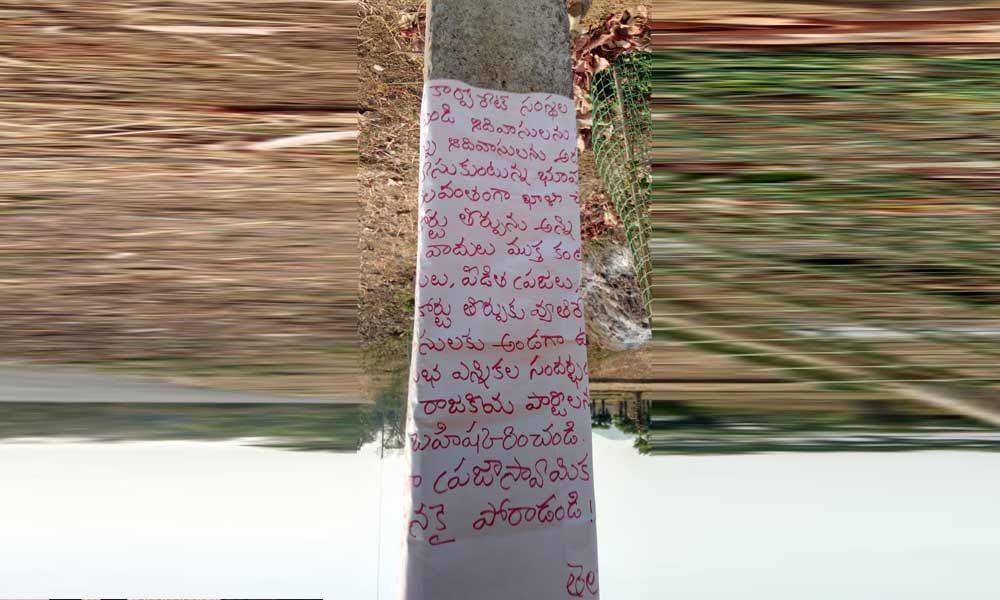 Letters and posters allegedly dropped by the Maoists were seen in the agency areas of Palvoncha and Bhadrachalam on Tuesday.

Kothagudem: Letters and posters allegedly dropped by the Maoists were seen in the agency areas of Palvoncha and Bhadrachalam on Tuesday.

The posters have created panic among the people.

In the letters, the Maoists criticised the State government policies and also urged the people to boycott the upcoming Lok Sabha elections.

They said the State government was disturbing the lives of tribals in the agency areas with the attacks by the police and the forest officers.

The Maoists alleged that the forest officials and the police have raided the houses of tribals accusing them of smuggling wood in the agency villages, and also the government has been taking away the lands of tribals in the name of Haritha Haram scheme.

The posters were found at Jagannadhapuram village at Palvoncha mandal and at industrial village of Sarapaka.

After receiving the information, the police reached the spot and took the posters off.