Mini tank bunds to be developed with 123.25 crore in Karimnagar 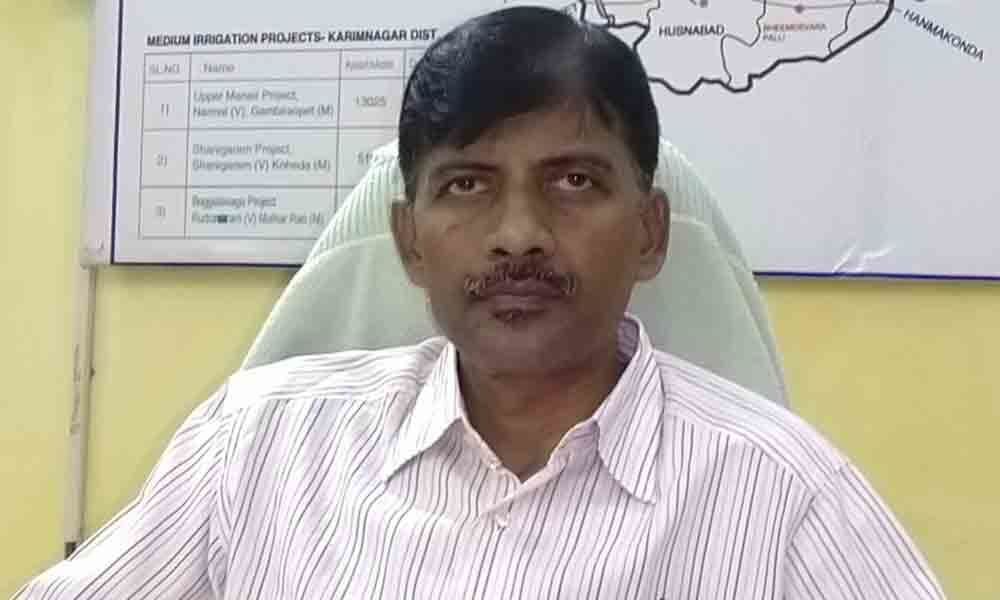 Karimnagar: Irrigation and CAD Department Superintendent Engineer G Ashok Kumar said the development of lakes with Mission Kakatiya has improved their water reserves. Of the total 4,344 tanks in Karimnagar, Peddapalli, Jagtial and Rajanna Sircilla districts, only 288 ponds have got surplus water, he said.

'15 mini tank bunds with an expenditure of Rs 123.25 crores are being developed in the four districts, which will provide irrigation water to 4,484 acres of land. The government had sanctioned 16 check dams worth Rs 83.85 crores and the works of 15 check dams has already started. Proposals were submitted for 89 check dams and 16 were sanctioned. The remaining proposals were in pending for technical reasons. Once the technical problems are cleared, then the remaining check dams also will get sanctioned.'

The Centre has sanctioned Rs 12.47 crores for conducting repairs of tanks. Repair works of 10 tanks were completed with Rs 4.18 crores. SE Ashok Kumar said nearly 83 per cent of the work has been completed of the four-phase Mission Kakatiya programme. In the first phase, out of the 639 tanks, 635 tanks were refurbished. 707 tanks have been upgraded while the second phase is targeted to develop 856 tanks. Only 369 of the 664 tanks were completed in the third phase. The works of the remaining tanks are in progress.

During the fourth phase, out of the target of 502 tanks, works of 125 tanks were completed. The works of the remaining are in progress. Notices have been issued to the contractors concerned to complete the pending works of the four phases, he informed.