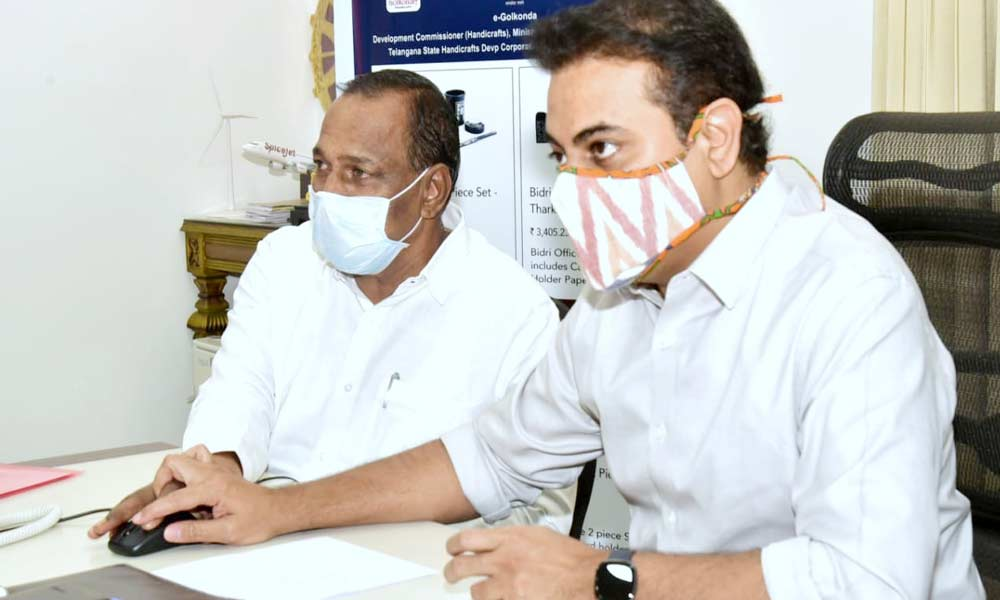 To facilitate sale handicrafts and to provide access to the handloom products across Telangana, the state government has launched eGolkonda portal....

To facilitate sale handicrafts and to provide access to the handloom products across Telangana, the state government has launched eGolkonda portal. Minister KT Rama Rao said that the portal would be eventually upgraded to facilitate world-wide marketing.

"The Telangana government focused on the upliftment of handloom workers by strengthening the Telangana Handicrafts Development Corporation since the formation of the state," Rama Rao said.

The minister said that eGolkonda portal was ahead of several e-commerce websites in terms of design and operational convenience. He continued that people across the country can send the products to any part of the country and the products would also be shipped globally after obtaining permission from the Central government.