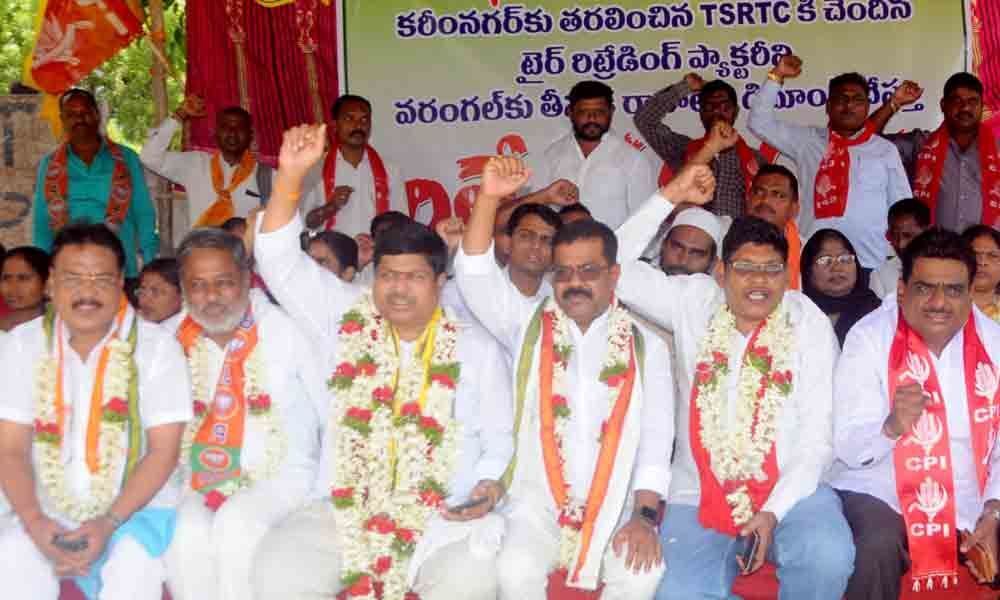 Speaking at the protest, Bhadrachalam Congress MLA Podem Veeraiah said that TRS government, which made a host of promises backtracked on them after elections.

"There was no need for the government to shift the tyre retreading unit from Warangal to Karimnagar. The Congress will raise the issue in the Assembly," Veeraiah said.

The leaders alleged that the TRS government shifted the tyre retreading unit with vested interests. It was aimed at grabbing the prime land. Even though the employees working with the unit opposed to shifting, the TRS leaders didn't heed to them, the leaders said. They alleged that the prime land was given on 29-year lease to a businessman who is close to TRS leadership.

The TRS leaders are also eyeing to grab another piece of prime land that belongs to Kakatiya Urban Development Authority (KUDA) near Hanamkonda bus station, the Opposition alleged. It's time for the people to keep a watch on TRS leaders' misdeeds, they appealed to people.

The leaders said that they would come up with an action plan to expose the State government's failures and anti-people policies.