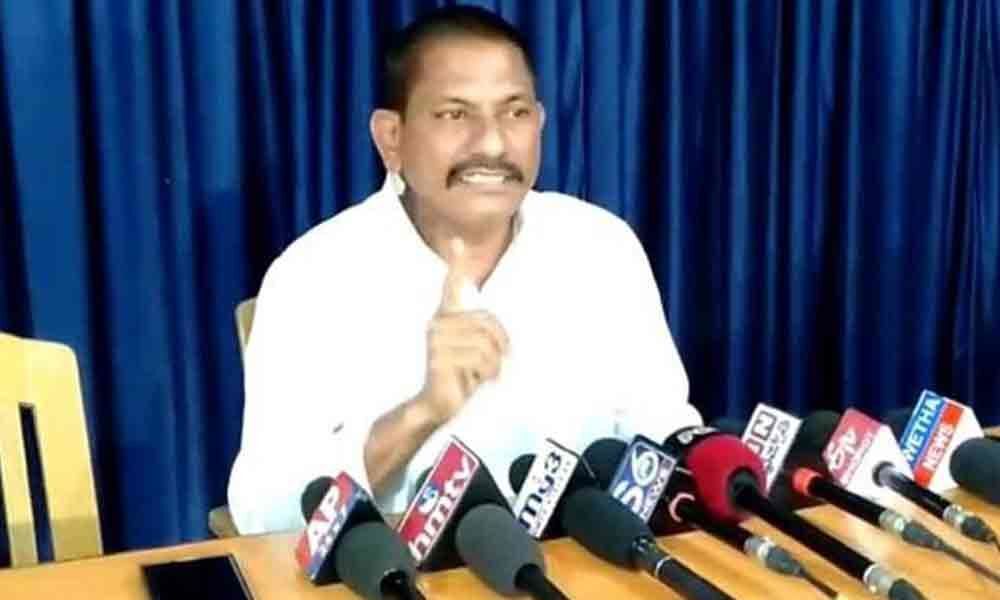 “Having personal grudge on me, the police officials blamed me and took away two guns from me forcibly and lodged illegal case on my gunmen along with suspending him.

Karimnagar: "Having personal grudge on me, the police officials blamed me and took away two guns from me forcibly and lodged illegal case on my gunmen along with suspending him. Where are those two guns which are taken by police," questioned the former president of District Police Officials Association, Dasari Bhumaiah here on Saturday.

Addressing the media persons in Karimnagar, Bhumaiah alleged that the police officials had taken two guns forcibly from him without any reason and lodged a case against his bodyguard illegally.

"They know that I am targeted and I have life threat, even then my bodyguard was removed. I am going to fight legally about the cases that were filed against me. Due to some corrupt police officials many innocent police personnel are facing a lot of hardships in the department," he alleged.

After coming to know that the government is recruiting the retired police personnel who rendered better services again into the department to utilise their services further, some of the police officials who dislike me are playing cheap tricks with me, he said.

He demanded that Chief Minister K Chandrasekhar Rao must think about such incidents which are taking place across the State in the Police department and institute an inquiry into the issue of the two guns which were taken away by the police officials.