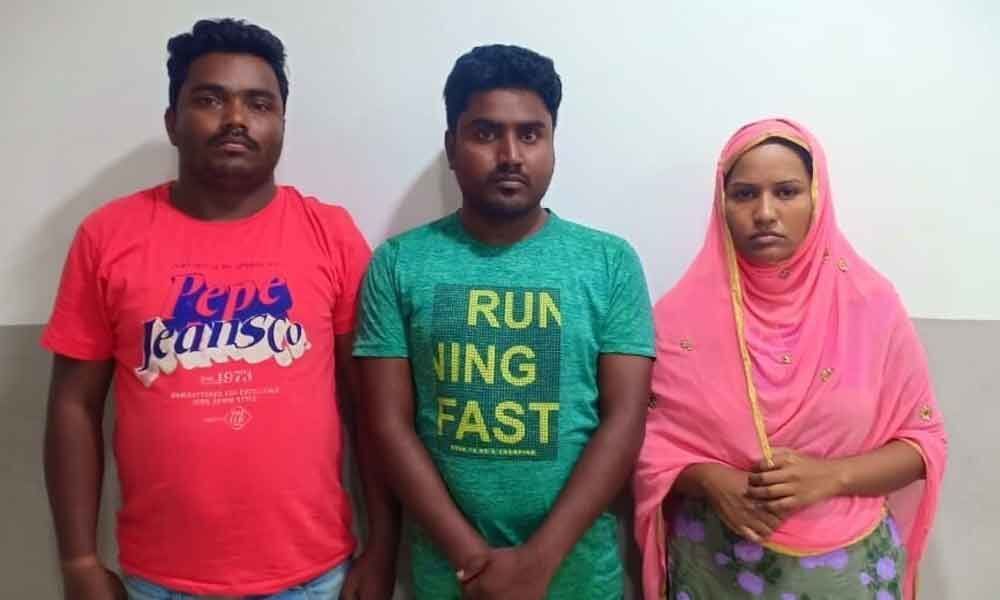 The couple had been staying in New Hafeezpet in the city since last four years and was working in its individual professions. Meanwhile, they came across one Sigdhar, who lured a victim girl (17) from Bangladesh to Bangalore and took the help of one Sujan.

The accused forced the girl into prostitution in Bangalore and used her as a dancing girl. Later she was handed over to one Vijaya from Vijayawada, where she was sexually assaulted by one Sai, son of Vijaya.

Accordingly, Sohail and Visti came to a place near ECIL on the intervening night of Thursday and called up the punter K Hari Chowdary to the said place.

Police raided the place and caught the culprits red handed and saved the victim girl from their clutches.

The other accused Sai, Vijaya and other traffickers of Andhra Pradesh, Karnataka State and Bangladesh are absconding. Efforts are in progress to arrest them.