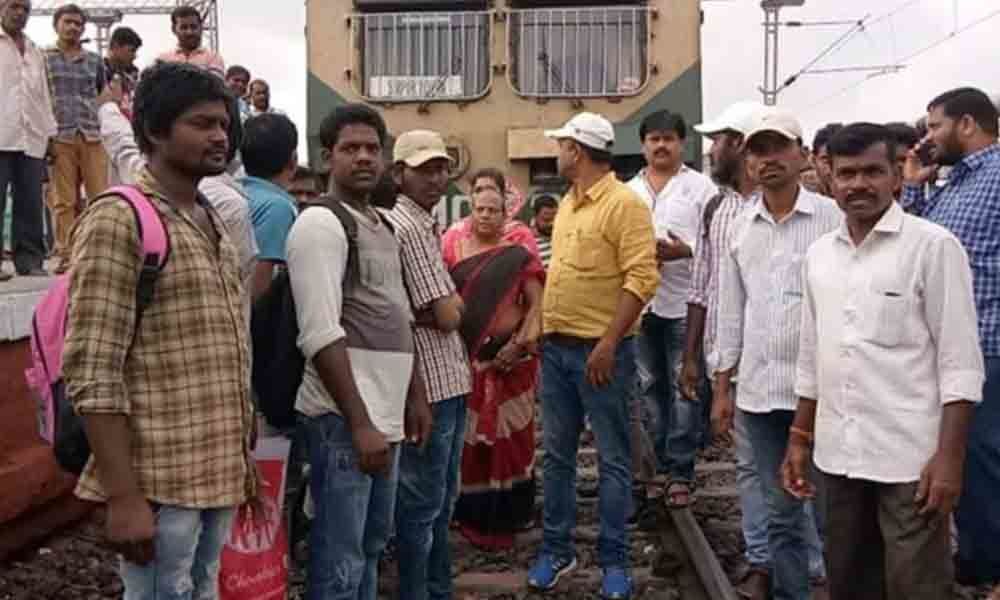 On Thursday, the passengers and activists of various political parties staged a rail roko at Dornakal junction in Mahabubabad district.

The protestors, who earlier took up a signature campaign with regard to their demand, have now intensified their protests, and against this backdrop, they took up a rail roko programme opposing the decision of South Central Railway that replaced the Singareni Passenger Train with that of push-pull train.

A large number of passengers took part in the rail roko and raised slogans against the SCR. During the half-an-hour protest, the passengers told about the problems they were facing and the need for replacing the push-pull train with that of Singareni Passenger Train.

Speaking to The Hans India, a passenger by name Devi said, "The SCR officials must take the matter seriously as thousands commute on this way. There is only one lavatory for three coaches.

This is a long-distance train and people in large numbers commute. We need more lavatories. Further, there is a shortage of seats and the number of coaches is also reduced. We request the SCR to restore the Singareni Passenger Train for the convenience of passengers."

"Why the railway officers are not responding to the issue? We will intensify the protests further if the SCR doesn't heed to our request," warned B Ramesh, a CPM leader.