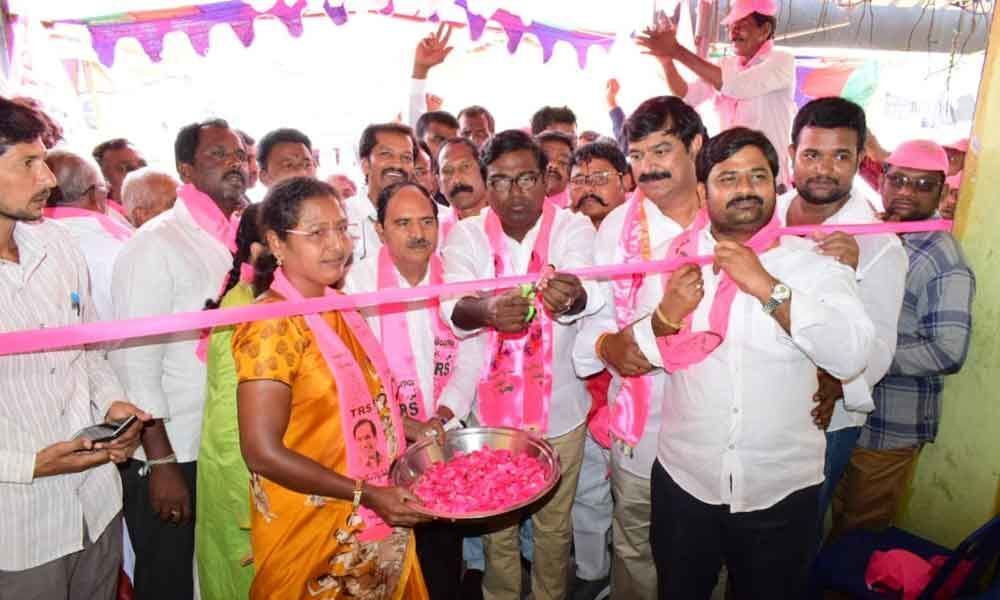 As Lok Sabha polls are fast approaching, the election heat in the Khammam city has increased.

Khammam: As Lok Sabha polls are fast approaching, the election heat in the Khammam city has increased.

As the major area of the Khammam Assembly constituency was within the city limits, the TRS party offices are being set up in various divisions for election campaign.

The party offices were setup in the 5th Division for the 2nd, 3rd, 4th, 5th, 6th, 7th and 8th divisions as part of the Parliament election campaign.

Speaking on the occasion, Puvvada Ajay Kumar directed the cadre to take up door-to-door campaign in the divisions every day.

And he said that to ensure the highest majority in their divisions, everyone has to work hard and try to talk to every voter in the division and try to understand the problems they are facing.

He added that every party member should campaign with the single aim of helping Parliamentary candidate Nama Nageswara Rao wins the elections.