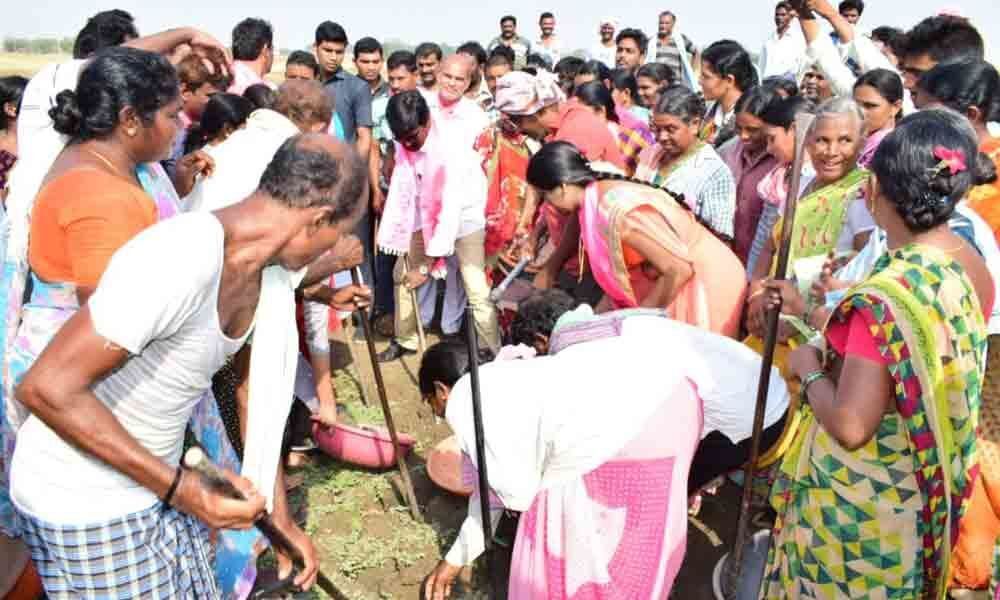 As part of Parishad polls campaign, the key leaders and MLAs of Telangana Rashtra Samithi took part in the campaign on Wednesday.

Khammam: As part of Parishad polls campaign, the key leaders and MLAs of Telangana Rashtra Samithi took part in the campaign on Wednesday.

Khammam MLA Puvvada Ajay Kumar participated in the campaign process at Venkatayapalem, Cheruvukommu Thanda, Vepakuntla, Budidhampadu, Papatapalli, GK Banjara and VR Banjara villages of Raghunadhapalem mandal on Wednesday. Addressing the voters, Puvvada urged them to vote for pink party candidates and help the TRS take forward the development of the State. On the occasion, the MLA worked alongside the NREGS workers and campaigned for ZPTC candidate Maloth Priyanka and MPTC candidate Upperla Vanaja Rani.

"The TRS has been on the road of victory ever since the State's formation. And this was possible only because people believed in the party. The welfare schemes introduced and implemented by the government has fetched it all the success," he said, urging the people of Raghunadhapalem mandal to vote for TRS party for the development to continue.