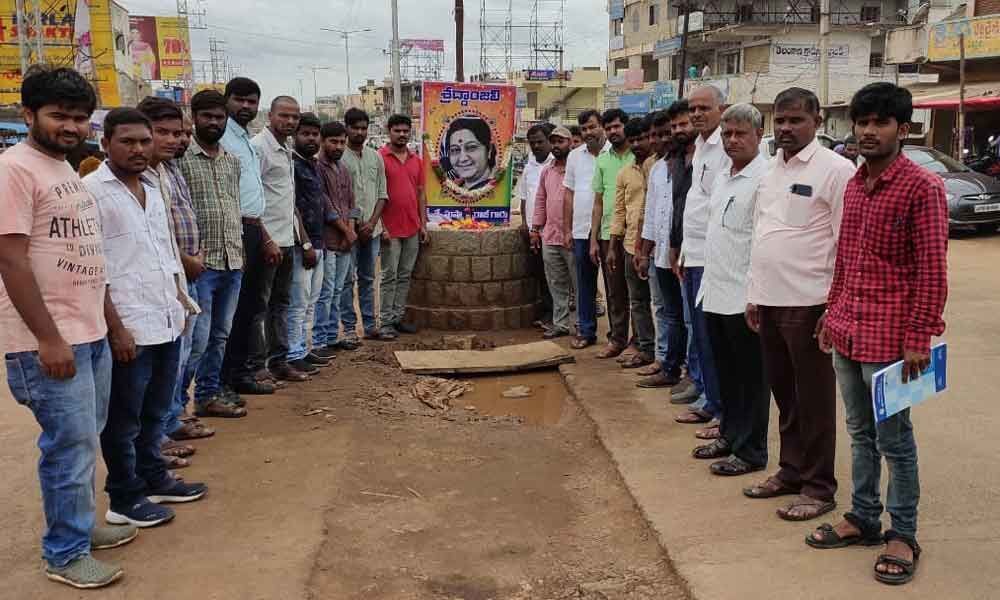 Leaders and activists of the BJP paid emotional tributes to deceased leader Sushma Swaraj on Wednesday. On the occasion, mandal party president Panduranga Reddy said Swaraj rendered a great service as the minister for external affairs.

He recollected the events when Sushma reacted promptly to bring back the people who suffered in Gulf countries. K Srinivas, A Srinivas Reddy, Ch Mallareddy, B Krishnareddy, Ch Srinivas and others were present.