Take up any inquiry through CIA, TRS challenges BJP 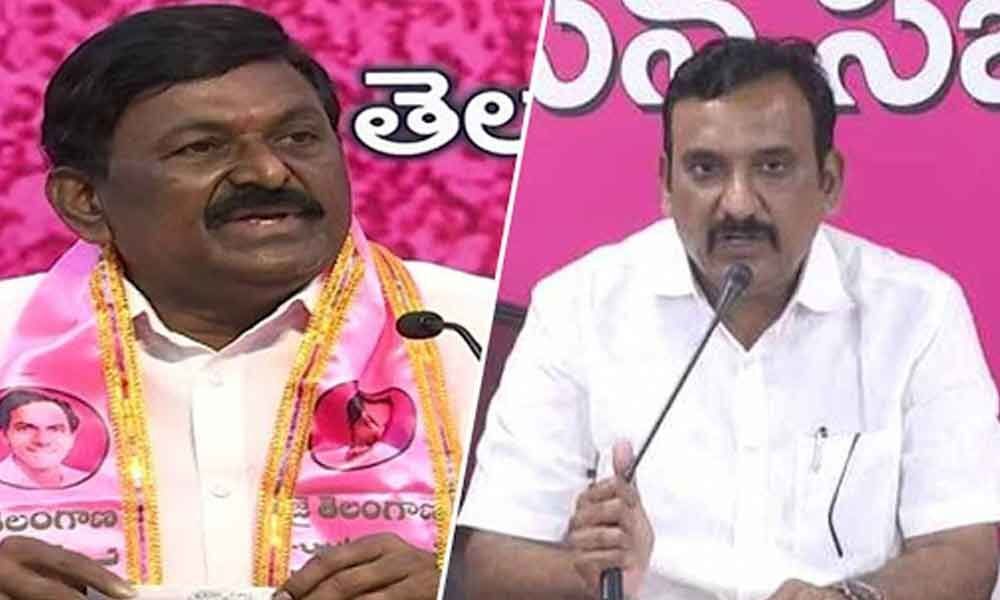 Hyderabad: TRS leaders on Tuesday challenged the BJP leaders to prove corruption in Kaleshwaram project by any of the central investigation agencies.

Addressing a press conference here at TRSLP office, MLCs T Bhanu Prasad and V Gangadhar Goud challenged the BJP leaders to prove their allegations by taking up inquiry through any of the central investigation agencies. Bhanu Prasad said that the BJP working president JP Nadda was mislead on the irrigation projects. "The BJP leader said the Kaleshwaram project was proposed with Rs 30000 crore. Don't know who whispered this into his ears. The BJP leaders should get national project status for Palamuru Rangareddy project and complete it in three years. The BJP leaders should stop talking and do something better for Telangana," said Bhanu Prasad.

The TRS leader took exception to the comments of BJP Telangana President K Laxman, who had asked TRS working president KT Rama Rao to ask her sister about the presence of BJP in the state. Laxman is talking like a 'gully leader without manners, which is unfortunate, alleged Prasad. He said that there was less crowd in the BJP compared to booth level meeting on TRS.

Gangadhar Goud said that TRS lost in Nizamabad because Congress party colluded with BJP. Though Kavitha lost the popularity of her has not gone down internationally, he said. TRS is going to win in any election in the state and the same thing will happen in future. The leaders who are joining BJP are irrelevant in current politics, he alleged.