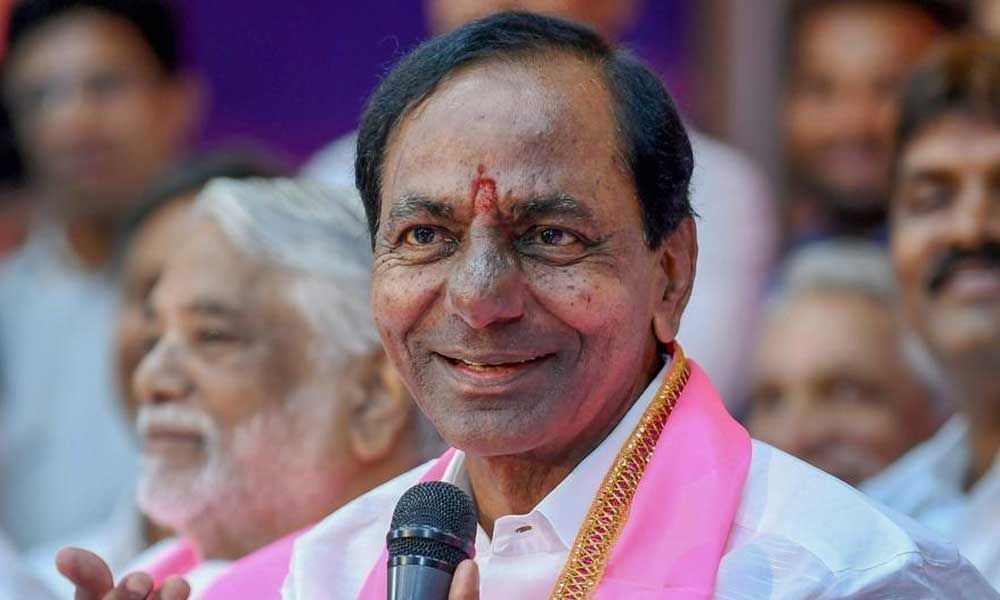 The Chief Minister has expressed happiness that the Telangana State, which came into being after a valiant people's movement in the annals of the country's history, has made rapid strides in all spheres of development and became a torch bearer for many a innovative programmes in the country for other states to emulate.

KCR has expressed satisfaction that in the past five years the State had laid a firm foundation for achieving the goal of Telangana and made significant steps in this regard.

In this context, the Chief Minister has appealed to the people to become stakeholders in the efforts being put in by the government to offer transparent governance and extended better services to the people with commitment and dedication. He exuded confident that the Telangana society, which has the real time experience of achieving its goals unitedly, will once again prove its mettle and with the same zeal will reach its goals, realise its aims and objectives.

The Chief Minister has paid rich tributes to the martyrs who sacrificed their lives for the formation of the Telangana State.