Telangana cabinet will meet on Tuesday at Pragati Bhavan 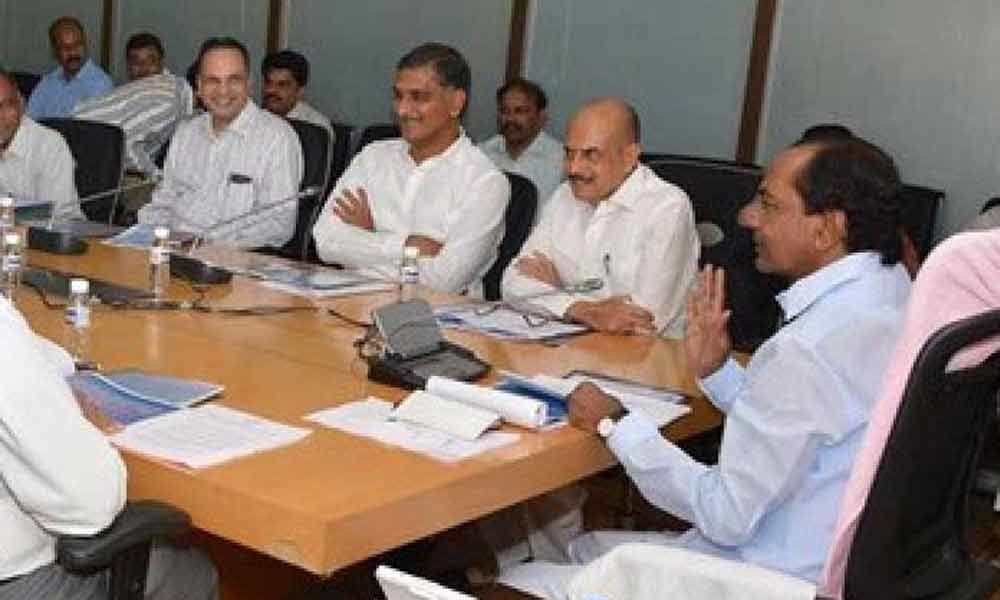 After a gap of four months, the Telangana cabinet will meet on Tuesday. The meeting will be held at Pragati Bhavan.

Hyderabad: After a gap of four months, the Telangana cabinet will meet on Tuesday. The meeting will be held at Pragati Bhavan.

This will be followed by the executive meeting of the state party on Wednesday at Telangana Bhavan.

Officials said that some crucial decisions are likely to be taken in the cabinet meeting which includes revamping of the state Revenue department, ratification of new Municipal Act.

In a bid to lure the urban voters, the CM is likely to announce some sops for the people living in municipalities mainly waiver of property taxes and pending water bills.

The new municipal bill will be introduced in the Assembly in the next session to be held during end of June or first week of July. All the departments have already forwarded proposals pending before the government for the approval of the cabinet.

Enhancement of pensions, Road Safety bill and new Drone policy are among the other issues pending with the government.

In view of series of elections mainly Lok Sabha and local body polls and the model code of conduct being in force, the chief minister did not conduct cabinet meeting since February this year.

The TRS state executive is also likely to take some important decisions with regard to the strengthening of the party and other activities.