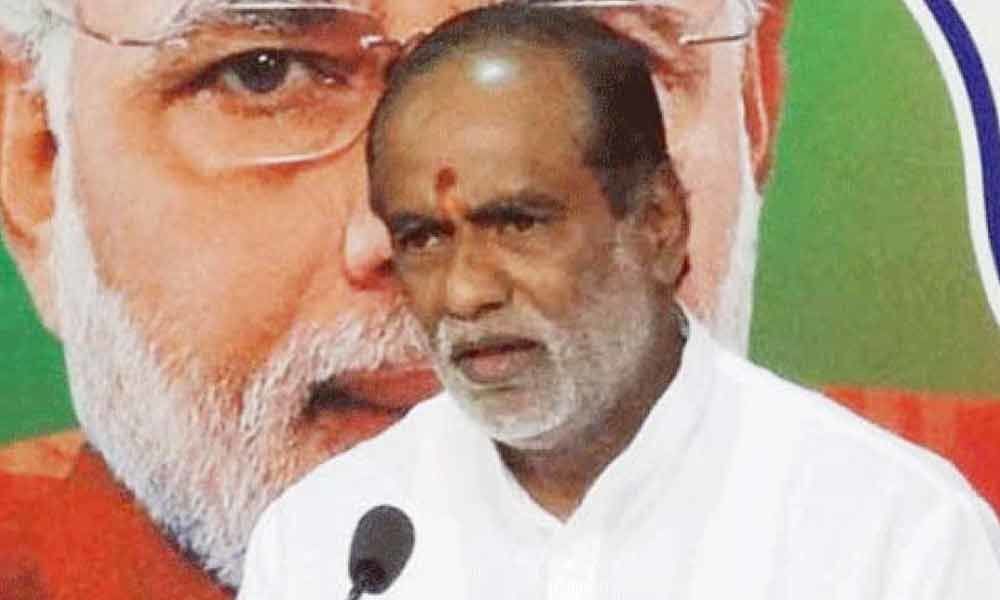 Accuses KCR of neglecting the Telangana cause

Addressing at an election meeting here on Sunday, he alleged that except two or three, all other ruling party nominated candidates have purchased their tickets auctioned by the TRS.

He criticised TRS chief and Chief Minister K Chandrashekar Rao for pitting 'anti-Telangana' forces against those who fought for the cause of separate Telangana.

Laxan said several people had sacrificed their lives, some had gone to jails. But, once the State was created and KCR came to power, Laxman said, "the agenda and spirit behind the fight for separate Telangana was neglected.

The government has turned more into a family rule and the TRS failed to deliver on its promises of creating jobs and filling vacancies in various government departments, providing housing for the poor etc, he added.

The BJP leader said that though women had played a key role in the fight for separate statehood movement there is not a single woman minister in the KCR's cabinet formed for the second time, he pointed out.

Contrary to this, Prime Minister Narendra Modi made a woman a Defence Minister of the country.

He said people had voted TRS into power with Telangana sentiment and the TRS chief played the same sentiment card again to come to power in 2018 creating fear among the people that TDP chief and Andhra Pradesh Chief Minister N Chandrababu might grab the power in TS through the backdoor.

Listing out various development and welfare schemes initiated by the Modi government, he asked people to extend their support to the BJP candidate to bring back Modi into power for the overall development of the country and Telangana.