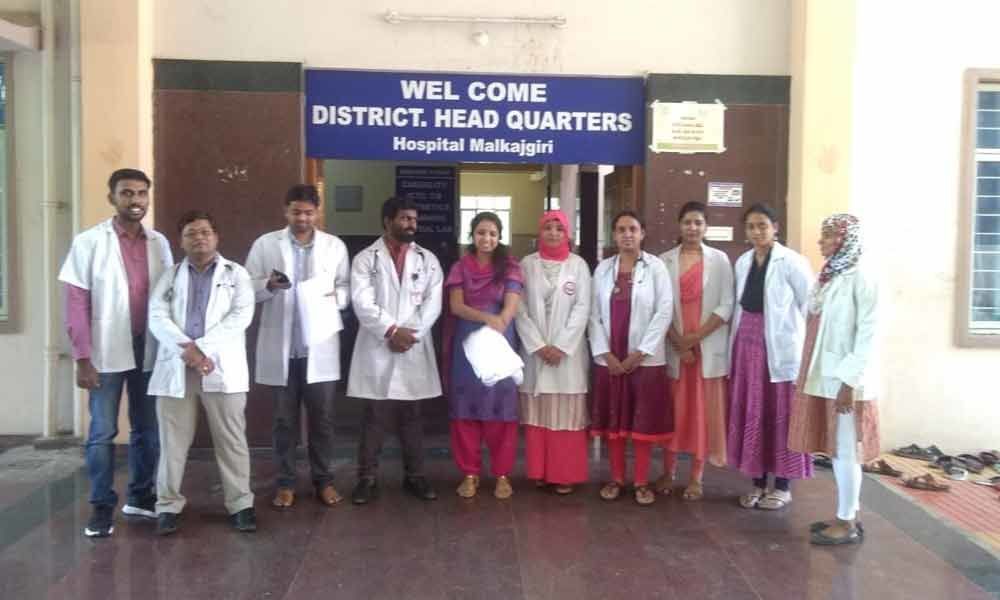 After attending to their regular OP duties, doctors from different specialities assembled in front of the hospital and demanded the NDA government to make necessary amendments before passing the bill in Rajya Sabha