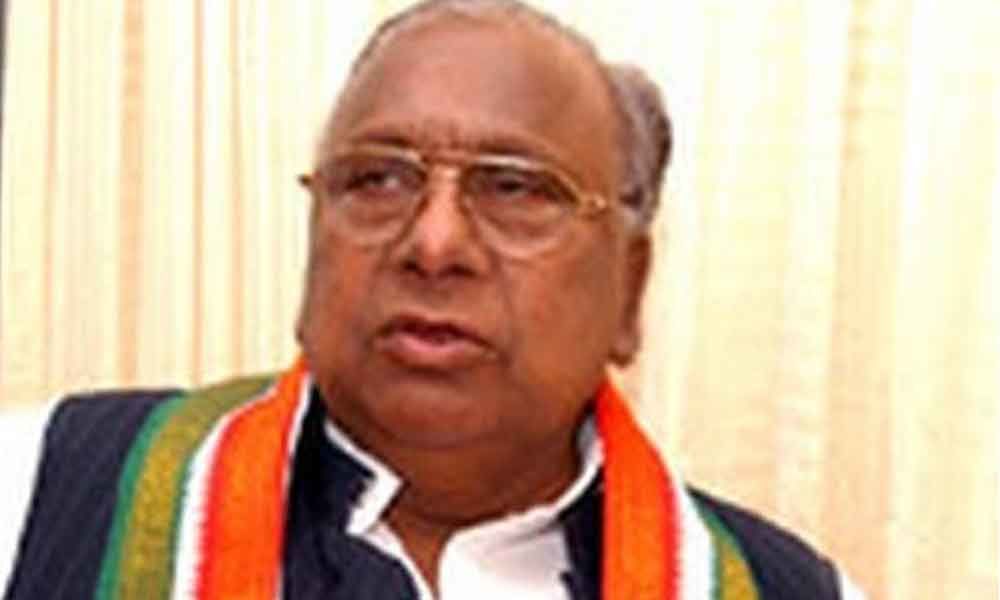 Hyderabad: All India Congress Committee (AICC) secretary V Hanumantha Rao on Tuesday wanted to know from the Congress leadership as to why they have been attending the programmes being conducted by former MP G Vivek who intends to join the Bharatiya Janata Party (BJP).

Addressing the media, he said it was the family of former Union Minister G Venkataswamy, father of Vivek, who was biggest beneficiary of the Congress governments.

He criticised Vivek for trying to gain some strength. It has become embarrassing for the Congress as he announced that he would join the BJP soon.

He said Vivek has taken birth of political life in Congress and joined the TRS. Now giving a slip to TRS, wants to join the BJP.