Villages must be developed as model villages under action plan: Nama Nageswara Rao 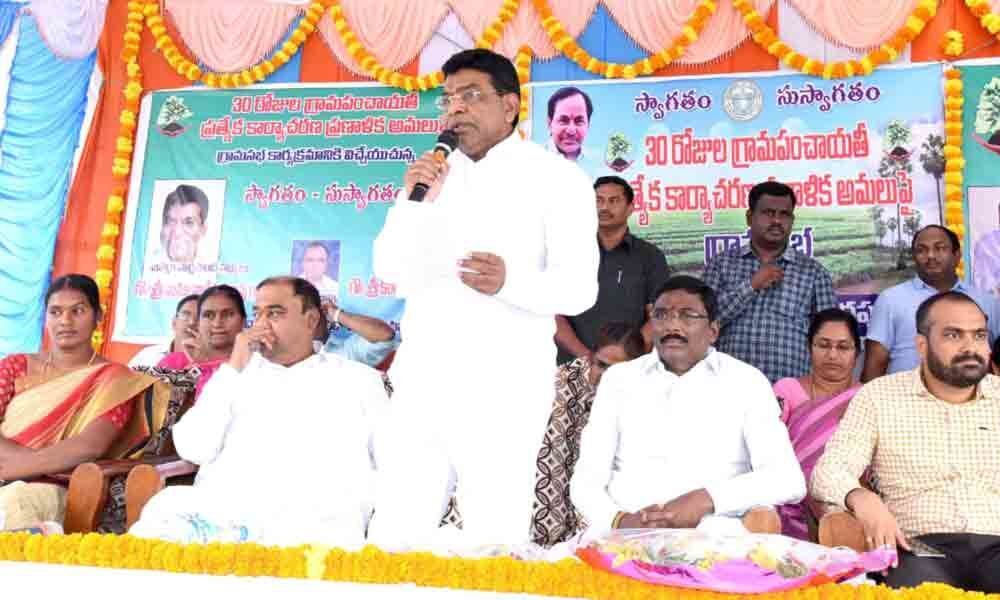 Khammam MP Nama Nageswara Rao stated that Telangana villages must be developed as model villages in the country under the 30-day action plan.

Khammam: Khammam MP Nama Nageswara Rao stated that Telangana villages must be developed as model villages in the country under the 30-day action plan. On Friday, he participated in a meeting at Nelakondapally village along with local MLA K Upender Reddy, MLC Balasani Laxminarayana and Collector RV Karnan in the district.

Addressing the gathering, Nama appealed to every official to take the implementation of action plan seriously. Stating that Sarpanches should play an active role in the development of their respective villages, Nama asked the villagers to focus on sanitation besides increasing green cover in their villages.

Legislator Upender Reddy and MLC Balasani everyone should build individual toiles in their houses, besides planting more saplings in the villages.

District Collector RV Karnan urged the people to support the officials. Later, Nama and other officials planted saplings in the village.