Will fulfil all promises made to citizens, assures KTR 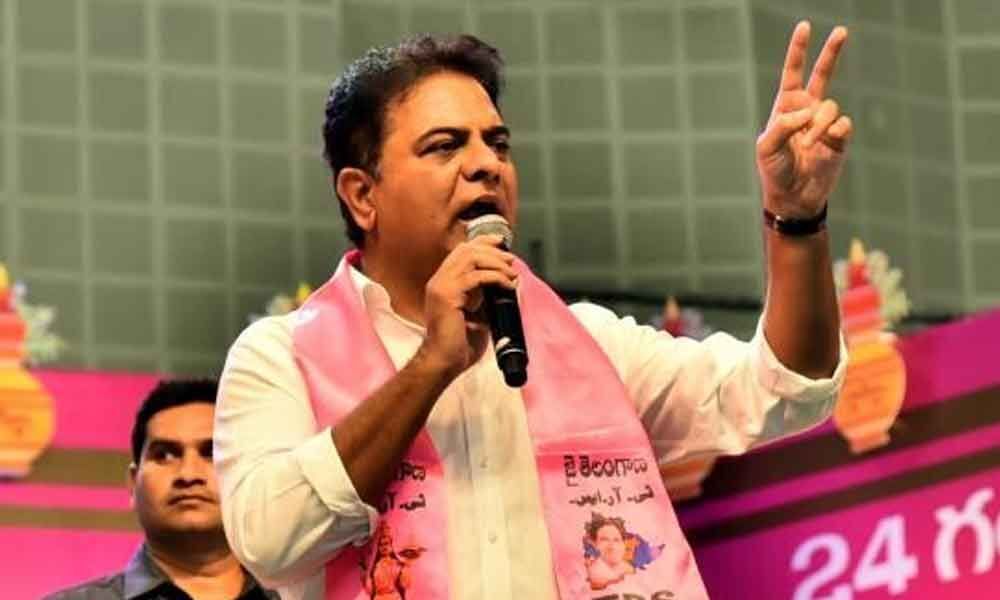 Hyderabad: Telangana Rashtra Samithi (TRS) working president K T Rama Rao on Tuesday said that the government would fulfil all the promises made to the people of Hyderabad. Rama Rao addressed a meeting of party activists at Kotla Vijayabhaskar Reddy stadium on Tuesday.

He congratulated the leaders of Jubilee Hills Assembly constituency for being number one in Hyderabad in the membership drive and to form 329 booth committees. He said that Chief Minister K Chandrashekar Rao's rule has been hailed by many State governments.

"There are many things to take up in Hyderabad but there are some priorities of the government. The government is concentrating on providing irrigated water to the farmers.

We will fulfil all the promises made to people of Hyderabad," Rama Rao said. The TRS leader said the Chief Minister brought Godavari water to Hyderabad, which ended water woes of people of the city. Hyderabad will never face crisis like Chennai.

We brought Metro Rail project for the city and are giving jobs to our children." He said that 10 lakh CCTVs were installed in the city of Hyderabad and many reputed companies are coming to the city. "We will repay to the people of Hyderabad by satisfying them," he added.

Rama Rao lashed out against the Congress party leaders. "Some people do not like K Chandrashekar Rao winning elections with huge mandate. They are unable to digest development, good rains and happy faces of the farmers'', he said.

Referring to Bharatiya Janata Party (BJP), Rama Rao said that some people who are talking of being an alternative to TRS should know that the State government was spending Rs 1,200 crore on pensions whereas Centre is giving just Rs 200 crore.