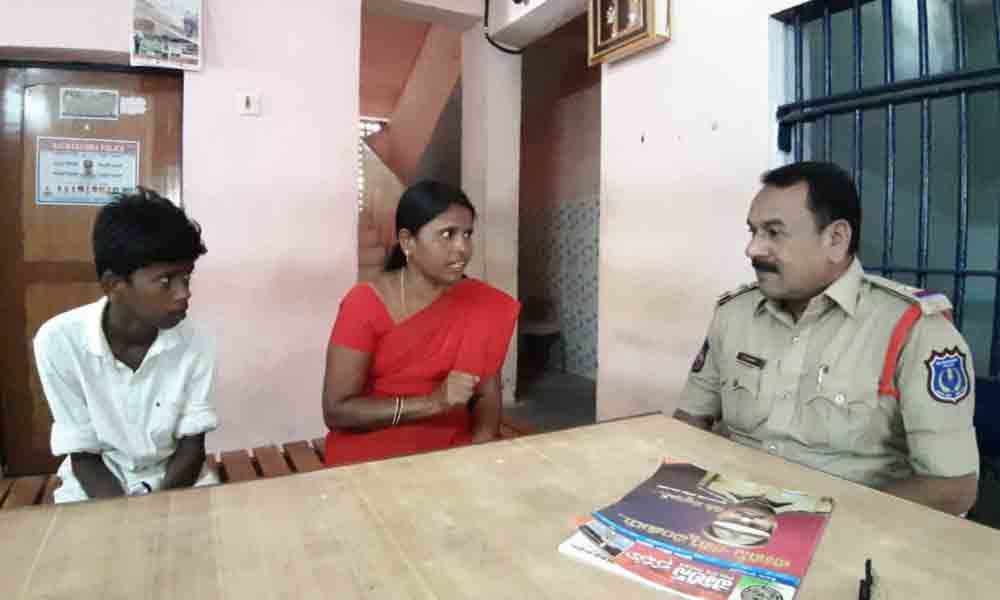 In a bizarre incident, a mother who was displeased with her son’s studies complained to the police seeking their assistance. The incident took place in Yadagirigutta town on Tuesday.

Yadagirigutta: In a bizarre incident, a mother who was displeased with her son's studies complained to the police seeking their assistance. The incident took place in Yadagirigutta town on Tuesday.

According to SI Ramesh, Gandamalla Manjula of Angadi Bazaar of Yadadgirigutta lost her husband five years ago. She decided to make her son, Lokesh (14), an officer and in this connection, she joined him Gurukul School in Medchel district.

However, Lokesh, who was in Class 8, came from school five days ago and informed his mother that he was not interested in studies and would not go back to school.

Worried Manjula to frighten her son called the police on helpline number 100 on Tuesday.

Responding to the call, the Yadagirigutta local police invited both the mother and the son to the police station and gave counseling.

Police advised Lokesh to study well to realise the dreams of his mother and to reach greater heights in his life.