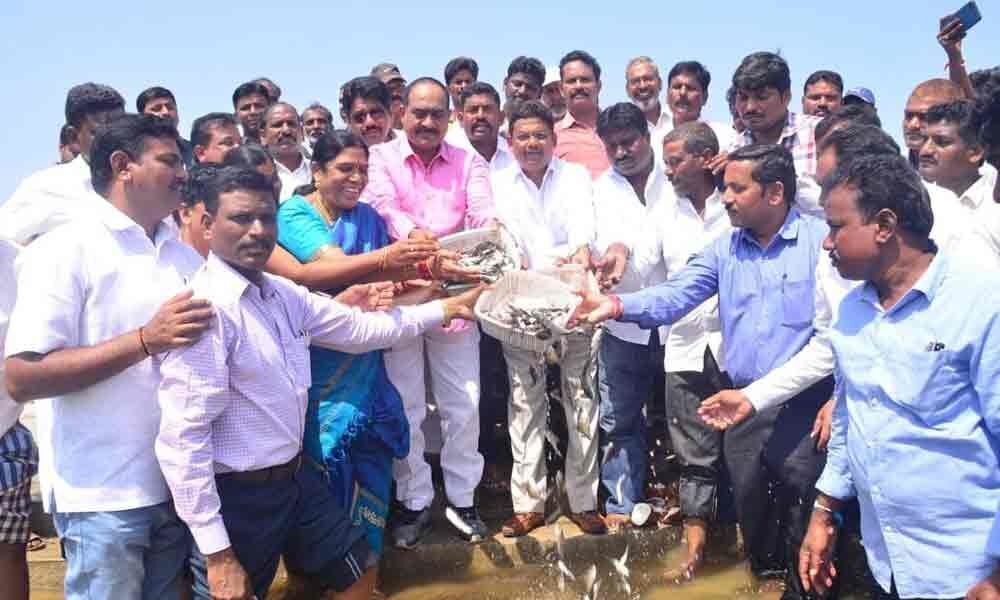 He along with Wyra MLA L Ramulu Naik released fishlings into Wyra reservoir in Khammam district on Friday. Speaking on the occasion, he said the State government's welfare measures were aimed to benefit every family in the State. The government was providing fishlings at 100 per cent subsidy to fishermen community.

In addition to providing fish seed the government was also offering market facilities to the fishermen. This programme aims to make the community grow financially strong, he added. MLA Ramulu Naik said the release of fishlings was a unique programme helping the fishermen community across the State.

The initiative indicates the State government's commitment towards promotion of community-based professions. He appealed to the fishermen societies to make use of the programme effectively.

In Kothagudem, MLA Vanama Venkateswar Rao released fishlings into Singabhupalem tank in Sujatha Nagar mandal and other tanks in the district. Speaking on the occasion he said Chief Minister K Chandrashekar Rao wants every community related profession to thrive.