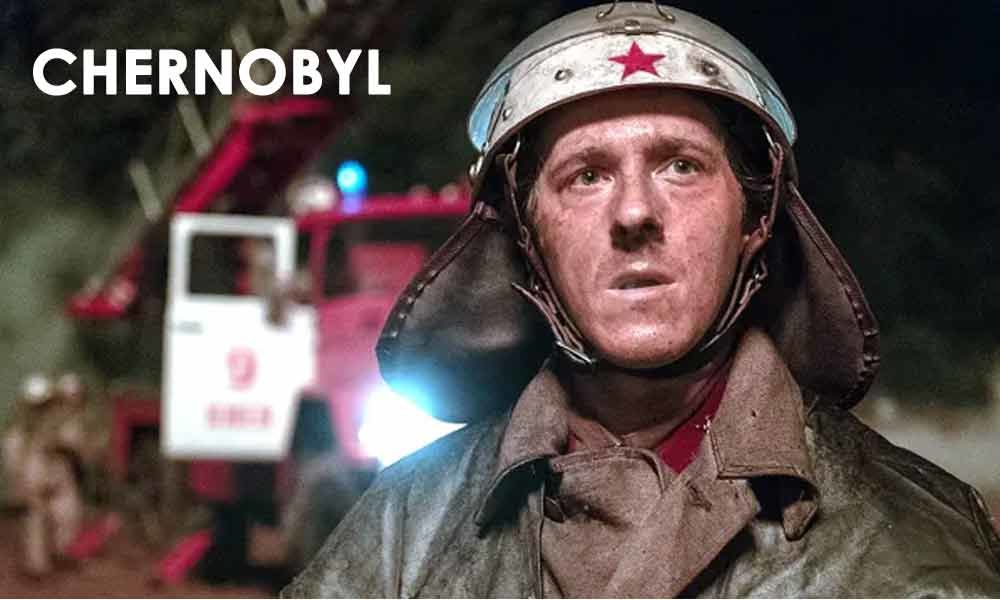 The highlight of this series or the drive behind this series seems to be more hinging towards the mistakes of bureaucracy that come out in open only when Catastrophe hits.

The highlight of this series or the drive behind this series seems to be more hinging towards the mistakes of bureaucracy that come out in open only when Catastrophe hits.

This episode makes it clear that the writer and maker, Craig Mazin looks at the event of Chernobyl as more off a mistake committed by humans being more and more consumed by the systems they have created.

It tries to depict how wars fought by the two chiefs of Nations with high intolerance to each other or two humans fighting for religion can be so stupid in broader picture.

We see mostly dogs which are pets being shot as they are affected by radiation more and more. In normal times, we always look at them as extended family members but here we have to shoot them mercilessly while being merciful.

Soldiers are the highest symbol of humans fighting for structures and with them trying to eliminate the best friends of humans and biggest threat as well, just shows how system failures cause more pain to humans than any others.

Craig uses the premise to drive the point on home even though it seems more his personal choice to highlight what others would have seen a small issue in big picture.

We are not leaving the main story too, as Ulana is more determined to bring out all the skeletons from the closet while Legasov and Shcherbine try to enjoy small victories. We see Legasov finally laughing too.

But the bigger picture of the series, the lies that we try to tell each other for greater good are questioned vehemently by writer, here. If there was no such higher meaning we may end up just remembering it as a Dog killers episode more or less