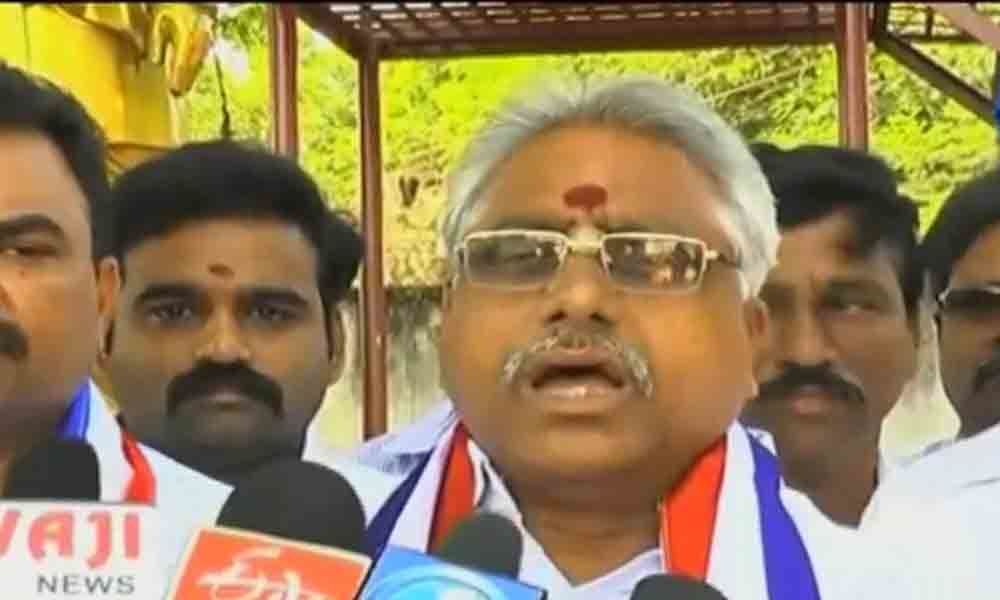 Leaders of Backward Classes have demanded 34 percent reservations to the BCs in all local bodies’ elections.

Srikakulam: Leaders of Backward Classes have demanded 34 percent reservations to the BCs in all local bodies' elections. As per the directions from AP state BC Welfare Union president K Shankara Rao, BC welfare union leaders in all the13 districts in the state have submitted memoranda to district collectors on Monday.

In Srikakulam BC Welfare Union leaders D Vasu, D Laxman Rao, D P Dev, R Damodar and others submitted memorandum to Collector J Nivas. They said that in AP state BCs population is more than 50 per cent in the total population. But they are not being given proper priority in all aspects. BCs need to improve in political area for the welfare of all BC people in all districts. They demanded due representation to BCs in the ensuing local bodies elections like municipal corporations, village panchayats etc.