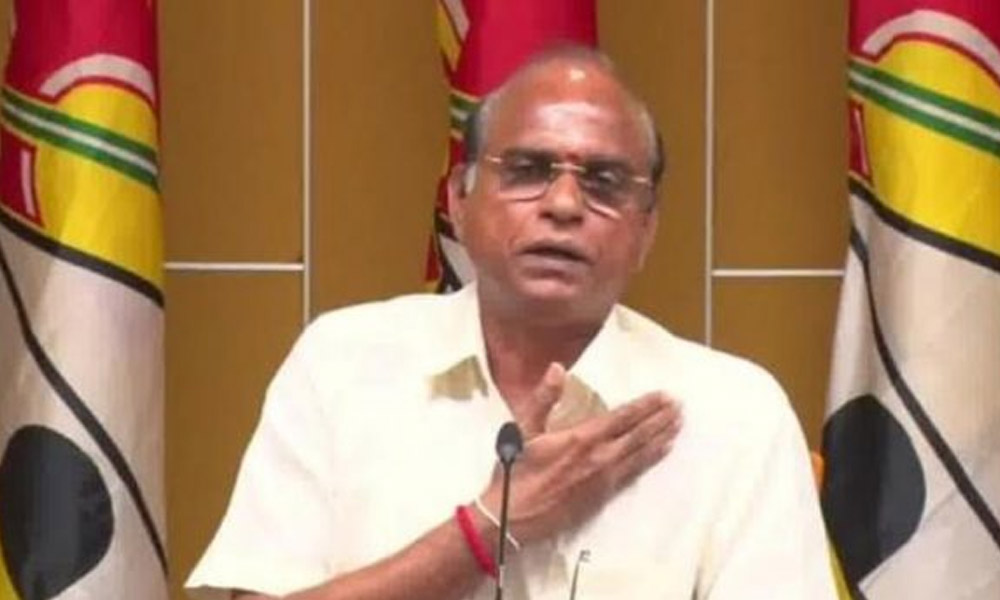 Mangalagiri: TDP executive secretary Buchi Ram Prasad on Sunday demanded that the Tirumala Tirupati Devasthanams (TTD) and the Jagan Mohan Reddy government to place the facts before the devotees in the shady MoU signed with a dubious company named Udveg Infrastructure Co Ltd for building a children's hospital.

Ram Prasad described Udveg as yet another suitcase company brought forward by CM Jagan Reddy and TTD chairman Y V Subba Reddy to loot the devotees' funds in the guise of donations. In addition to the plundering of sand, liquor, mines and so on, the ruling party has started a donations mafia in the name of God which was something the world has never seen before.

Addressing a press conference at the party headquarters here, the TDP leader demanded the TTD to immediately cancel the MoU reached with Udveg Infra and instead take up the construction of the Rs 300 cr children's hospitals on its own without involving any third party. It was found out that the Udveg company put up a photo of a government stadium in Europe on its website to give a false impression on its track record.

Ram Prasad said that the real fact was that the suitcase company was started by Sanjay Kedarnath Singh in 2018 and it had a balance of just Rs 1 lakh in 2019 and only Rs 2,600 as of now. The company claimed to be involved in construction, infrastructure, finance and consulting. But it had no business transactions of any sort till now. Some Telugu persons also became directors on its board.

The TDP leader strongly objected to the TTD coming forward now to give 10 acres of prime land to this suitcase company near the Alipiri Gate in Tirupati town for the development of the children's hospital. This land would cost anywhere between Rs 400 crore to Rs 500 crore. Once in possession, the Udveg Company might misuse the land and construct even a shopping mall there to make commercial exploitation.

Ram Prasad said that if the TTD came forward to construct the world-class children's hospital on its own, thousands of devotees would be there to give donations. The TDP would launch an agitation if the valuable lands in the temple town were given to the suitcase companies in the name of false and fake projects.