Andhra Pradesh: Young woman dies after she comes under bus wheels in Visakhapatnam 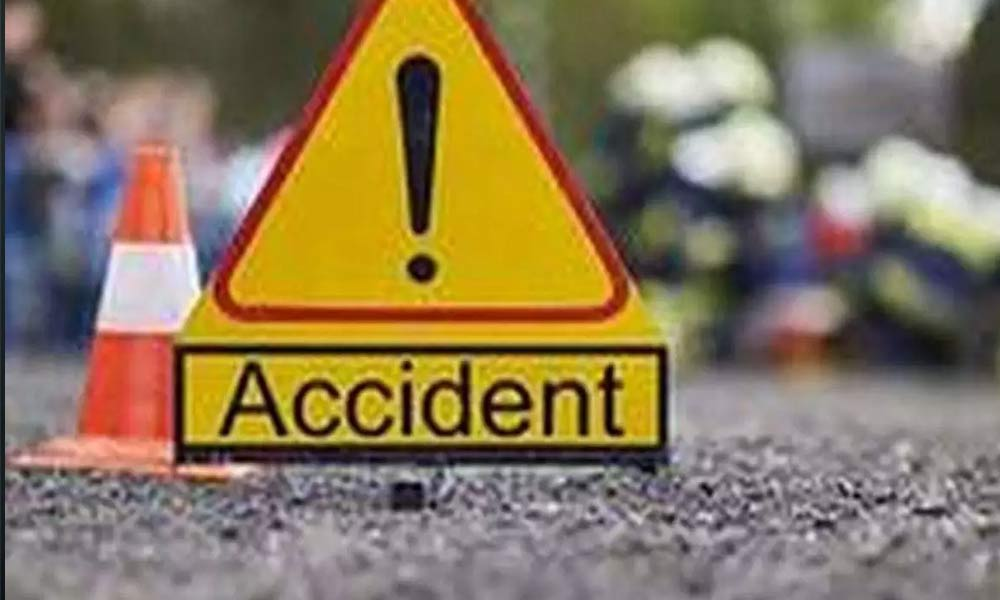 In a shocking incident, a daughter who was going on a two-wheeler with her father to join B.Ed was killed in a road accident.

In a shocking incident, a daughter who was going on a two-wheeler with her father to join B.Ed was killed in a road accident. The heartbreaking incident took place at NAD Junction in Visakhapatnam on Sunday. Going into details reported by airport police, Sammidi Geetha Kumari (21) from Bhavnagar, Gajuwaka, set off for MVP Colony on a two-wheeler with her father Venkata Rao to join in a B.Ed course

In this backdrop, a private bus coming from behind collided with their bike after crossing the railway over bridge near NAD junction. Geeta Kumari, who was sitting in the back, fell under the rear wheels of the bus. The bus not only passed over her but also dragged her some distance causing injuries to the abdomen.

Traffic police took hee to the hospital in a private vehicle and provided first aid. She was later shifted to KGH where she pronounced dead. Doctors said he died of excessive bleeding in the abdomen. While Venkata Rao escaped with minor injuries and airport police went to the scene and reviewed the situation. SI Uma Maheswara Rao said that the case is being registered and investigated as per the complaint of the victims. The family members are mourning over the death of their daughter.