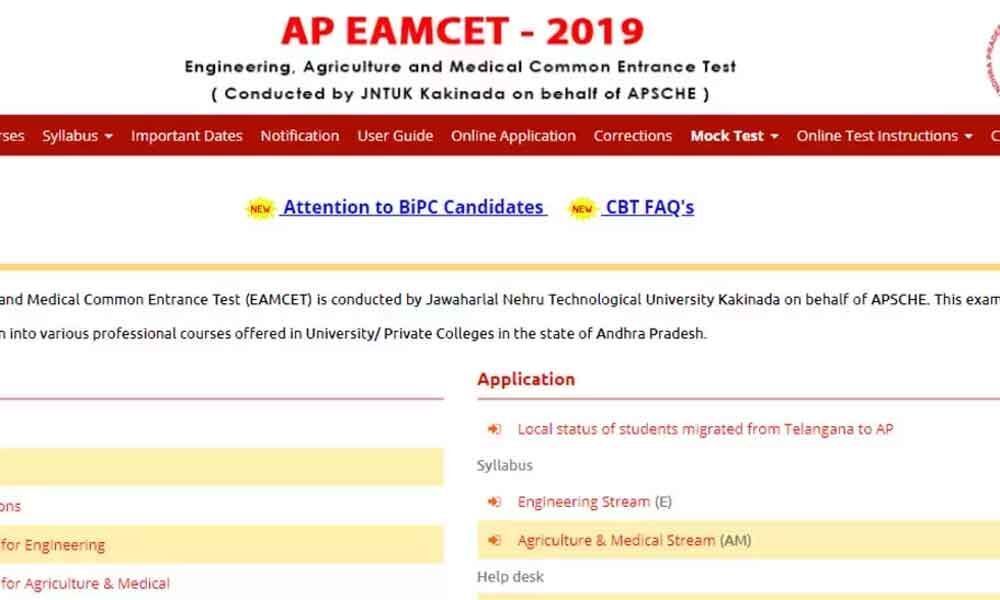 The AP EAMCET 2019 results which are scheduled to be released on Saturday (18 May). has been postponed.

Amaravati: The AP EAMCET 2019 results which are scheduled to be released on Saturday (18 May). has been postponed.

In a statement, AP council of higher education (APSCHE) Chairman S Vijay Raju said that AP EAMCET 2019 results will be declared after 27 May.

He said this decision has been taken as a large number of Telangana students have appeared for AP EAMCET 2019 and High Court in Hyderabad has given time till 27 May regarding the Inter results.

Keeping in view of the interest of Telangana students, APSCHE has decided to postpone the results, and the new date will be announced very soon.

This year for AP EAMCET 2019 entrance test a total of 2,82,901 candidates have applied, in which 1,85,711 appeared for engineering, 81,916 candidates appeared for agriculture and medicine.

AP EAMCET 2019 entrance exams were conducted from 20 to 24 April at 115 exam centers across AP and Hyderabad.