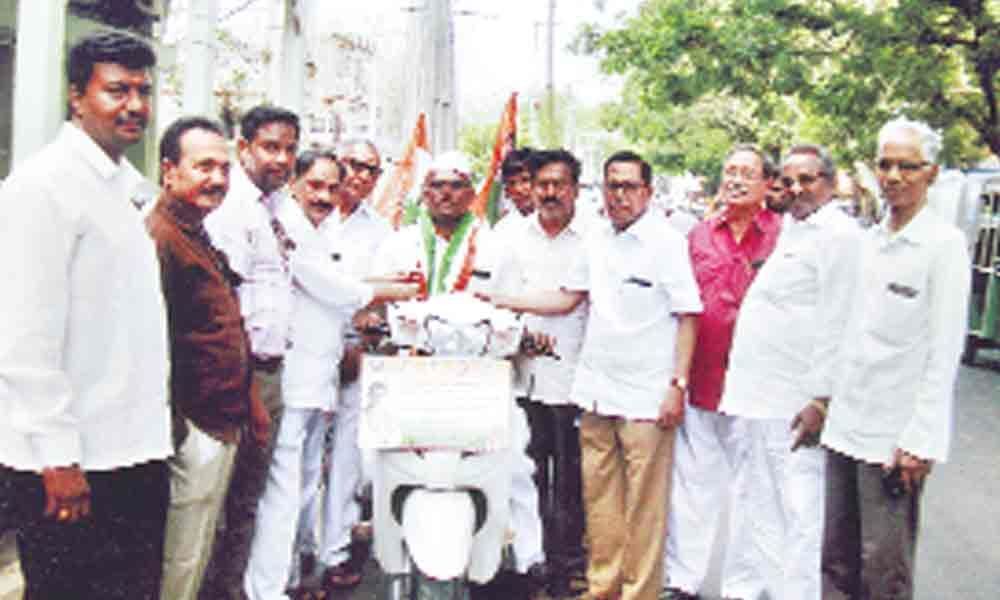 On the way to his destination he met congress leaders Renuka Chowdary, Uttam Kumar Reddy etc and received their blessings. Finally he met the party leader BK Shukhla at Rayabareli and also met youth congress president BK Mohit. Rayappa could not meet Rahul Gandhi as was on election campaign. Rayappa returned to the city by rail. Local scribes, Journalists Union leader Ambati Anjaneylu flagged of his rally at Vijayawada.