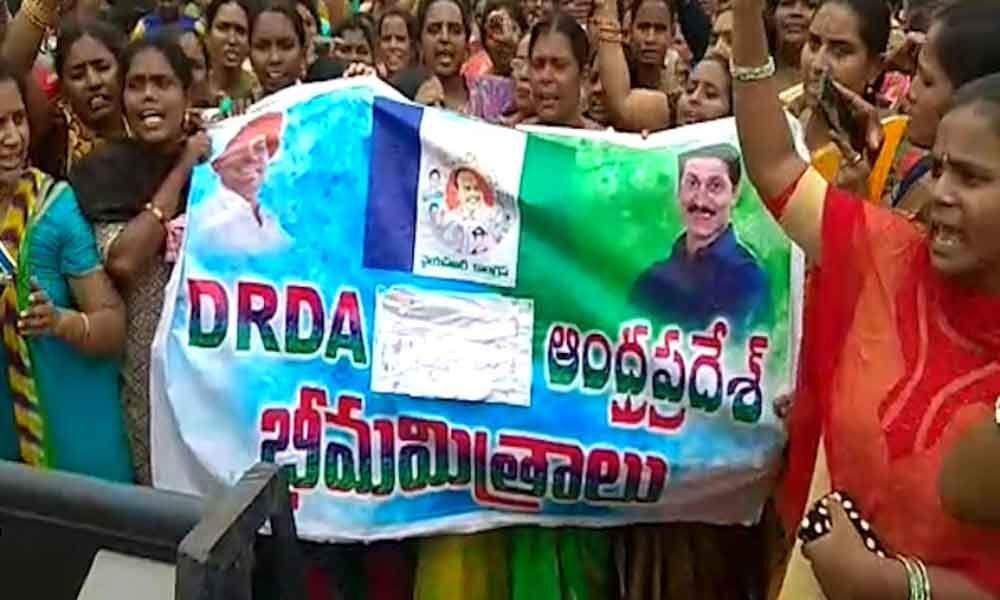 During the dharna, the Bhima Mitra workers demand justice and job security for them as they are working for nearly 12 years without any salaries.

The Bhima Mitra workers from all 13 districts have participated in the protest at CM camp office.

On the occasion, the employees recalled that late CM YS Rajasekhara Reddy had brought light into thousands of families by introducing Abhaya Hastham, Janashree Bima schemes.

The employees have expressed their anguish that the earlier government has not shown any concerns towards them, even after the government change they are still working as the Bhima Mitra's.

The Bhima Mitra workers said that as there is no other income source, the family responsibilities have become a burden. They have urged the government to provide job security for them.

They said the Rajanna Rajyam has come in AP and now they are looking forward to the good days for them. The Bhima Mitra workers demand that CM YS Jagan should respond immediately and do justice to them.