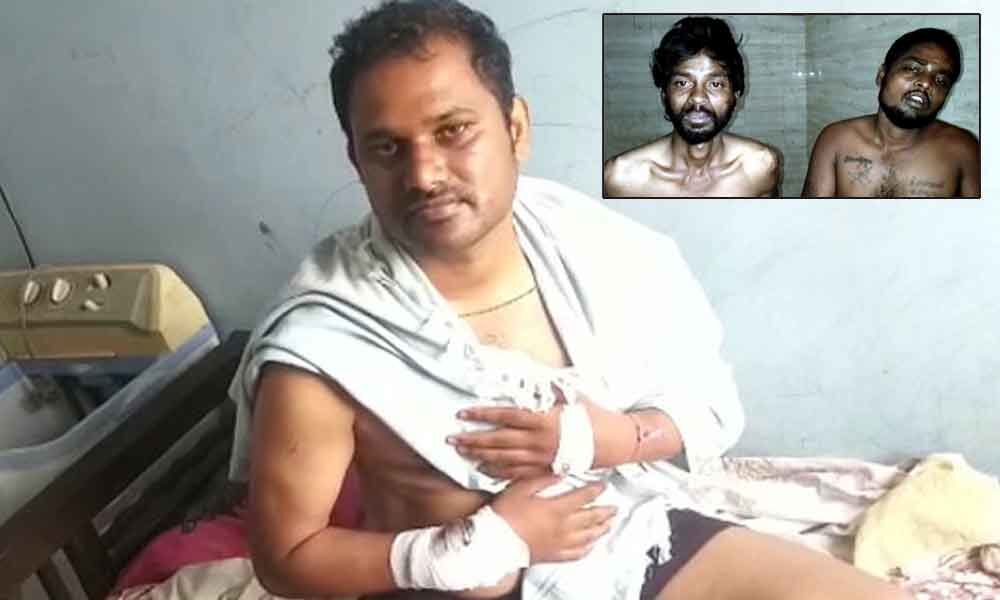 Blade batch created panic at the Renigunta railway station on Sunday after they attacked a few passengers with a sharp object.

The batch also injured the ticket collector (TC) who came to the rescue of passengers. However, the railway police reacted on time and arrested two people. They were identified as Venkatesh and Vijayan, both are the natives of Tamil Nadu.

The police registered a case and launched an investigation. In the preliminary investigation, the police stated that the arrested were mentally not stable.

In January 2019, a member of blade batch was arrested after they injured two autorickshaw objects in Vijayawada. However, the police ruled out the possibility of accused belonging to the blade batch gang after a preliminary investigation.