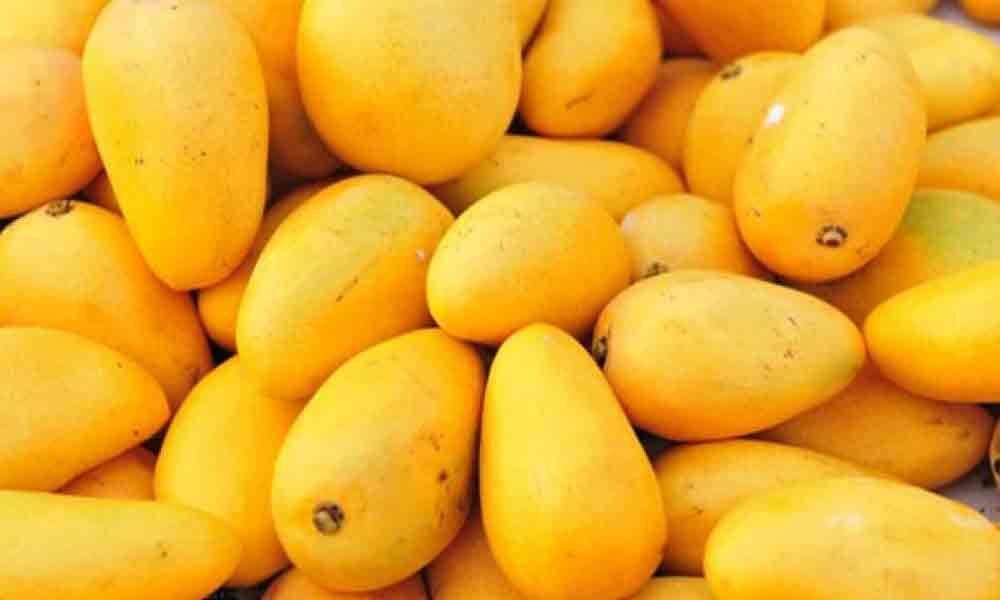 This year, sweet mangoes are going to burn pockets of the fruit lovers and still they can’t get good and tasty varieties due to drought conditions in the district for the last three years.

Nellore: This year, sweet mangoes are going to burn pockets of the fruit lovers and still they can't get good and tasty varieties due to drought conditions in the district for the last three years. Now, mangoes ripened with calcium carbide from Nuzvid of Krishna district are available in the market giving bitter taste with chemical odour as majority traders are transporting mangoes from other parts of the State due to non-availability of stocks in the district.

Officials say the area also reduced significantly and they are expecting 40-50 per cent of crop during the current season. The normal area of crop is 10,000 hectares and it reduced to 50 per cent. Farmers will get 8-10 tonnes of crop per hectare and this time it would be around 5 tonnes due to unfavourable weather.

"Traders are transporting stocks from Nuzvid as crop area has reduced in the district. Hence, consumers have to face difficulty for getting good variety and adequate stocks," said K Pradeep Kumar, Assistant Director of Horticulture department.

Normally, Ulavapadu in Prakasam district is source point for mangoes that provides stocks for entire Prakasam and northern parts of Nellore district. But, this time, due to poor crop in the traditional areas of Prakasam district, farmers are forced to transport stocks from Krishna district and were supplying for local needs.

"These fruits are not tasty due to half ripened and are only useful for pickles. We are not preferring them since they are ripened with chemicals. We get local fruits after May 15 and are expecting tasty mangoes though they will be sold for high price," said SV Mallikarjunam from Podalakur road, who prefers mangoes.

The mango cultivation has been facing difficulty since 2016 due to low rainfall and other issues. Nellore is having mango gardens in upland areas such as Rapur, Naidupet, Venkatagiri, Gudur, Sangam, Kaligiri, Vinjamur, AS Pet, and other mandals. Though farmers had planned to extend the cultivation area from 10,000 hectares to 15,000, the plans did not materialise because of hostile weather conditions.