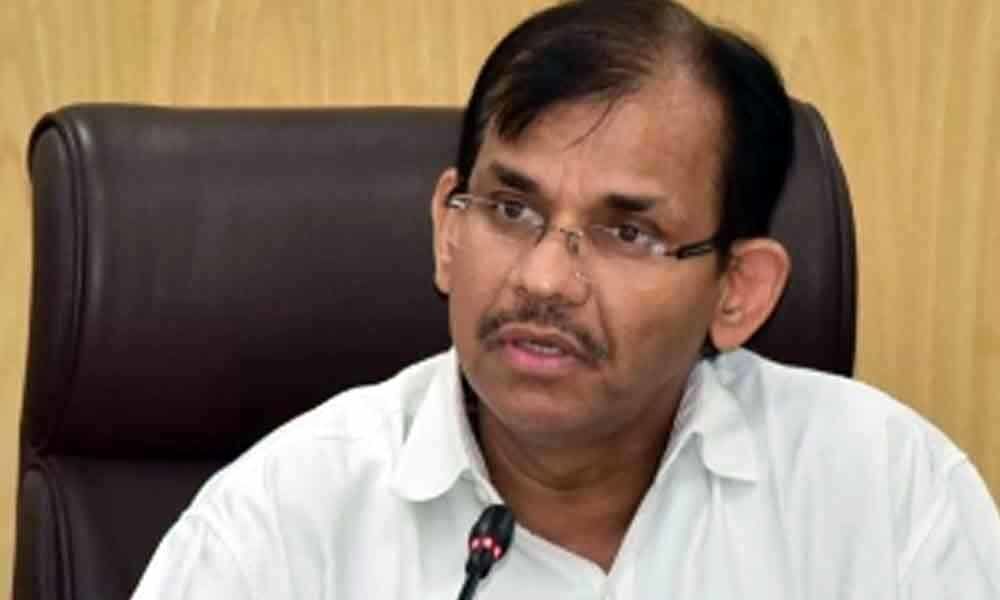 The Chief Electoral Officer Gopal Krishna Dwivedi forwarded the proposal on cabinet meeting to the Election Commission of India, on Friday.

Amaravati: The Chief Electoral Officer Gopal Krishna Dwivedi forwarded the proposal on cabinet meeting to the Election Commission of India, on Friday. Dwivedi said that as he received from Chief Secretary LV Subrahmanyam, the same was forwarded to ECI for approval. In a statement, he maintained that he will inform the state government based on the decision taken by the ECI on conducting the Cabinet meeting.

The Chief Minister N Chandrababu Naidu has decided to conduct the cabinet meet on May 10 initially, which was postponed to May 14. As the Chief Secretary suggested the CMO officials that they have to obtain permission from the ECI before conducting it, they have fixed the agenda and sent for approval.

In this agenda, the government put only the drought, drinking water problems, Fani cyclone impact, agriculture, unemployment and other issues.