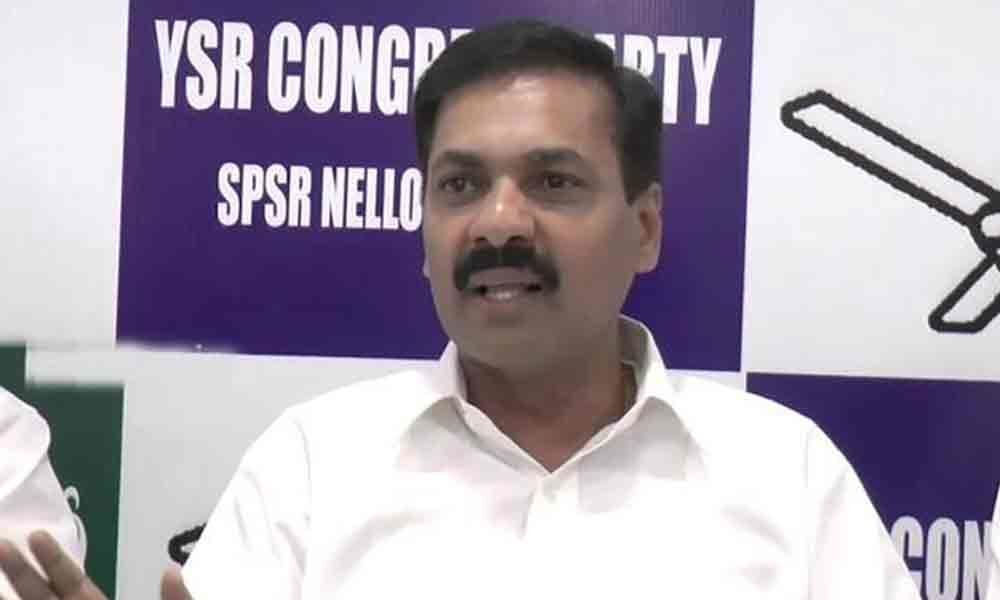 Addressing the media here at the party office on Tuesday and said there will be no threat to Chandrababu as he is being provided Z Plus security cover apart from security from State police. He found fault with the TDP for making unnecessary issue on security. While praising 30-day rule of Chief Minister YS Jagan Mohan Reddy, the MLA said Jagan had started measures to fulfil his poll promises to the poor and needy.

"Enhancement of pensions to the elderly, implementation of Amma Vodi, issuing notification for village volunteers, and focus on irrigation are some of the promises made by YSRCP during elections. There is a clear mark of Jagan Reddy on the administration within one month," stated Govardhan Reddy.

He said the TDP leaders, who failed to digest the defeat are now blaming the government for deaths due to debts or some other reasons. Kakani also said they had provided security as per rule book to the former Chief Minister. He mentioned that the YSRCP has no culture of attacking the opposition parties.