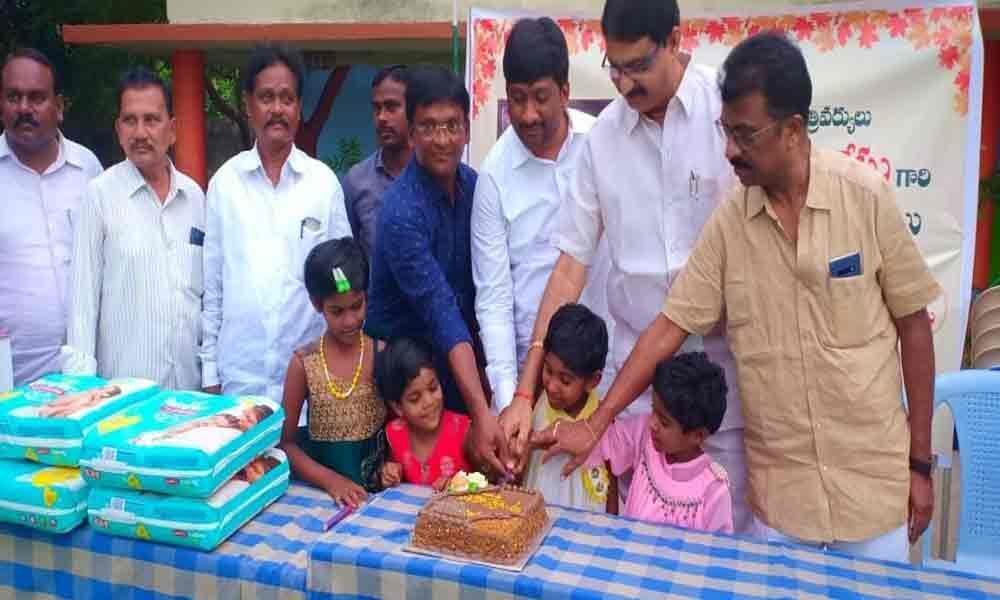 Based on the complaint received from a girl, the Childline 1098 and local police averted her marriage with her maternal uncle and counselled their family members about the ill-effects of the child marriage on Thursday.

Kandukur: Based on the complaint received from a girl, the Childline 1098 and local police averted her marriage with her maternal uncle and counselled their family members about the ill-effects of the child marriage on Thursday.

According to the Childline 1098 and HELP programme officer BV Sagar, a 13-year-old Class VIII student and her mother from Kandukur town called and informed him that the girl's grandmother has set her marriage with her maternal uncle and already performed engagement. Though the old lady was said to be threatening them to throw out of the house for opposing the marriage, the girl and her mother informed the groom and his parents about their decision.

The maternal uncle family of the girl demanded them to pay half of the engagement expenditure immediately or agree to the marriage, they said. Sagar and town SI Vema responded to the complaint of the girl and immediately counselled the family members of the groom and the grandmother of the girl. They explained that the family members will be punishable with 2-year imprisonment and Rs 1 lakh fine for performing the child marriage.

As per the orders of the Child Welfare Committee, they took an undertaking from the girl's grandmother and the parents of the boy that they will not perform her marriage until she attains the legal age. They warned them that action will be initiated against them, if anyone pressurises them for money or throwing them out of the home and said that they will be put behind the bars for two years for encouraging the child marriage.