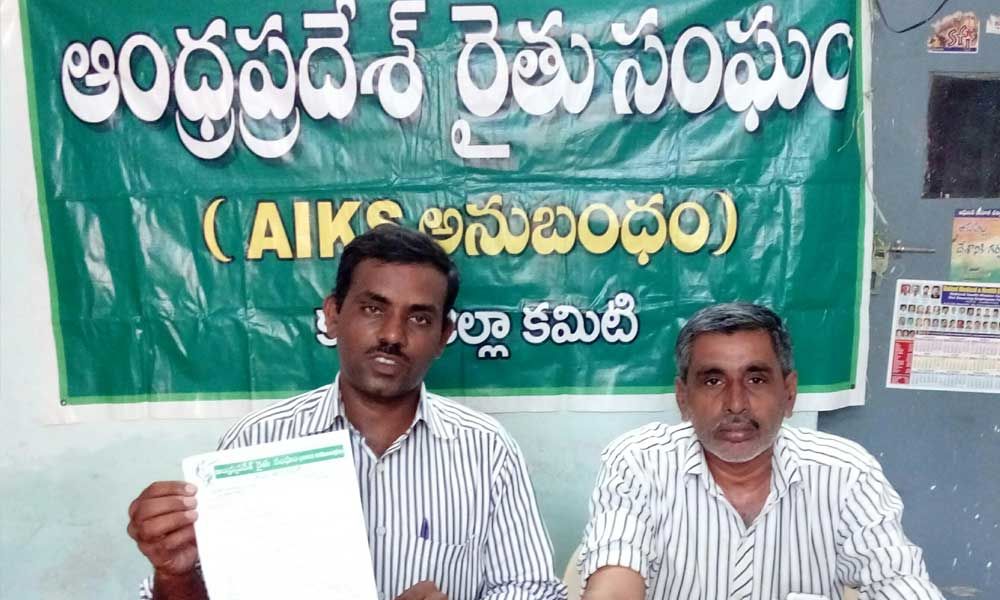 Kadapa: Andhra pradesh Rythu Sangam district secretary B.Dastagiri Reddy has appealed the chief minister YS Jagan Mohan Reddy to take initiative for proper supply of ground nut in the current Kharief season. Addressing press conference here on Tuesday he said farmers are growing nut around 75,000 acres across the district in current Kharief season. Despite farmers already begins the agriculture operations for ground nut crop two weeks ago but they failed to secure the seed in proper time as it will leads unrest among the farming community.

The Rythu Sangam leader analyzed that the district administration has able to supply 15quintals of seed against requirement of 30 quintals for the current Kharief season. While recalling the yesterday's incident at lakki Reddy palli where farmers tried to attack the police station on ground nut seed distribution issue, he appealed chief minister to intervene in to the matter personally as ground nut seed in large scale is being shifted to black market in Ramapuram, Galiveedu, Lakki Reddy palli mandals backed by local political leaders. AP Rythu Sangam vice president K.Nagi Reddy and others were present.