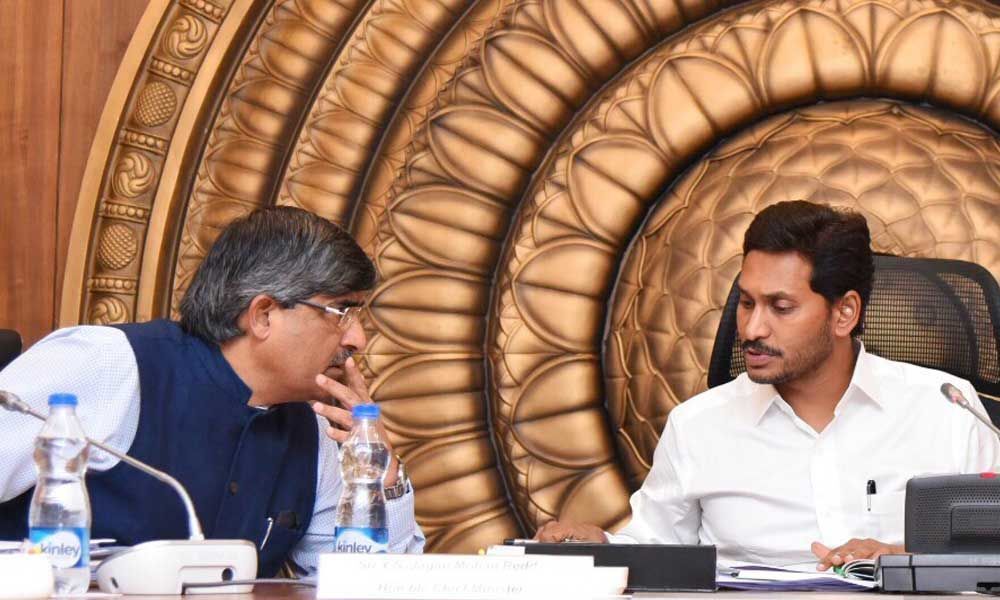 The AP first Cabinet meeting which started in the morning at 10:30 am has concluded. The meeting chaired by Chief Minister YS Jagan Mohan Reddy has taken a few key decisions.

Amaravati: The AP first Cabinet meeting which started in the morning at 10:30 am has concluded. The meeting chaired by Chief Minister YS Jagan Mohan Reddy has taken a few key decisions.

The Cabinet approves the hike of old age pension to Rs 2,250, gives green signal to increase the Asha workers salary from Rs 3,000 to Rs 10,000 and give nod to increase 27 percent IR (Interim Relief) increment to key government employees.

The Cabinet has also discussed on APSRTC merge issue. CM YS Jagan has directed the committee to submit a report on the RTC merge process within two months.

They have discussed on Rythu Bandhu and implementation of Navaratnalu scheme. The Cabinet has decided to strengthen the education, employment, and government schools in the state.

The Cabinet decides to form a committee over the termination of CPS (Contributory Pension Scheme), approves salary hike to Municipal workers and Home Guards. Community health workers salary increased from Rs 400 to Rs 4,000.

In the meeting, CM YS Jagan decides to implement Amma Vodi scheme from next January. CM also ordered the officials to cancel the nominated posts.

Speaking on the occasion, CM YS Jagan suggested the new Ministers to give transparent governance and bring good name to the government.