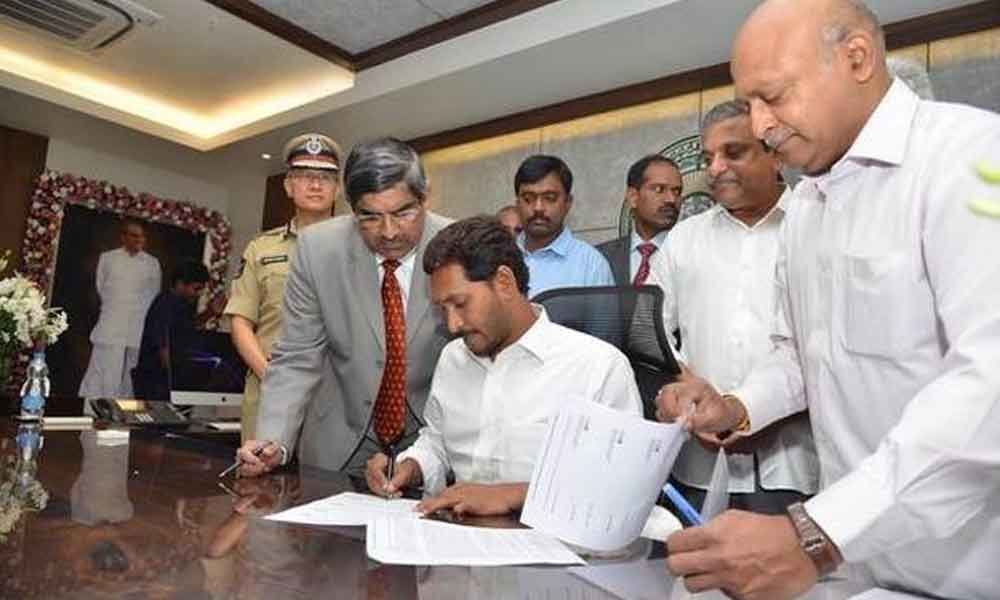 Andhra Pradesh chief minister YS Jagan Mohan Reddy assumed charge of his office today at 8.39 am where he received grand welcome by the employees. Later, Vedic scholars blessed him on the occasion.

After taking charge, Jagan signed on three files which include hiking the salaries of Asha workers from Rs 3,000 to Rs 10,000, seeking central approval for Anantha Express Highway and renewal for Journalists health insurance up to Rs 10 lakh.

Later, YS Jagan will hold talks with secretaries of all the departments and then with the union of secretariat employees. It will then followed by the swearing-in ceremony of the protem speaker and cabinet ministers.