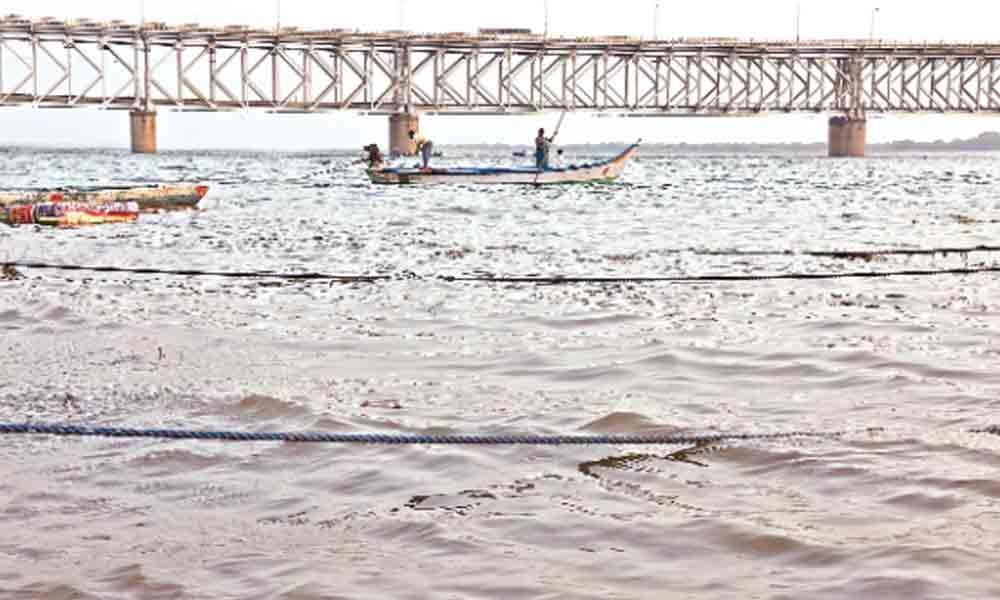 During this summer season, there will be no scarcity of water in River Godavari, as inflows are coming from Sileru and Balimela.

Rajamahendravaram: During this summer season, there will be no scarcity of water in River Godavari, as inflows are coming from Sileru and Balimela. With the availability of water in the river, water has been released for cultivation of paddy in rabi season in twin Godavari districts.

According to Godavari Head Works (GHW) Executive Engineer R Mohan Rao, at present 3.828 tmc ft of water is available as against of its storage capacity of 3.164 tmc in the pond and the present water level at the pond is 13.99 metres.

As much as 96 tmc ft of water was supplied to paddy cultivation during this Rabi season, to avoid problem to the farming community. An action plan will also be prepared to supply water for cultivation in Khariff season and the officials concerned were directed to prepare the plan.

The canals were also closed one week back and they will be reopened in the first week of June month. The water levels at Sir Arthur Cotton Barrage are under observation. Plans are afoot to store the water in the pond for future use mainly for drinking water and cultivation purpose, he averred.