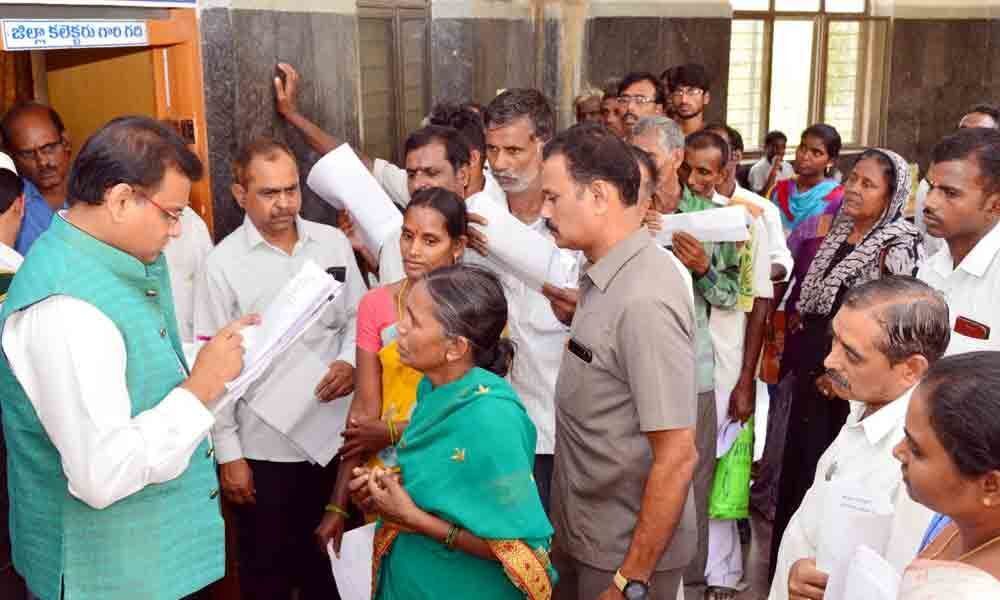 Ignoring District Collector P S Pradyumna’s appeal, several people have visited the Collectorate on Monday and submitted their petitions to the Collector.

Chittoor: Ignoring District Collector P S Pradyumna's appeal, several people have visited the Collectorate on Monday and submitted their petitions to the Collector.

He issued press release to the media that he will not accept petitions on Monday as he will be pre-occupied with supervising arrangements for the counting of votes scheduled on May 23.

Despite severe heat conditions, petitioners from all over the district came to the Collectorate on Monday to meet the Collector and submit their representations. Pradyumna, who was busy in an official meeting, has postponed it and received the petitions from people.

Speaking to The Hans India, the Collector said that it was not advisable on the part of the petitioners to visit Collectorate as against his appeal. "Supervising arrangements for the counting of votes is herculeantask. It needs utmost attention and support from all quarters. Keeping it in mind, I made an appeal to the petitioners not to visit the Collectorate," he stated.