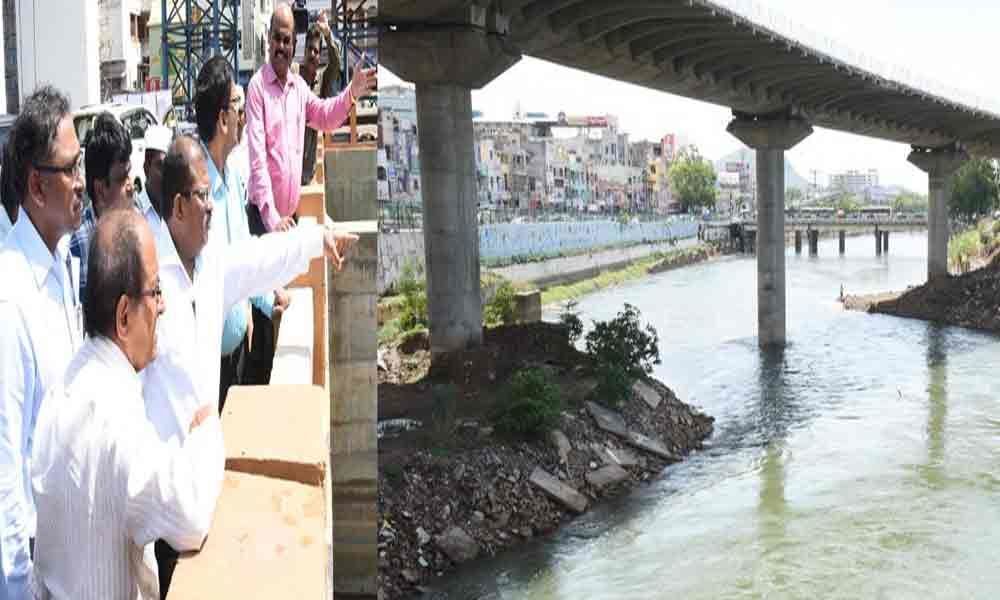 He directed the Soma Company representatives and the National Highways engineers to ensure completion of wings and swans by July 16 without disturbing the traffic and pedestrians. The workers should shift to the work place and inform the traffic police in advance.

The Collector also visited the Krishna East Branch Canal and released the water for the irrigation and ordered the Soma Company and the National Highways engineers to remove the soil which covered the branch canal. The local farmers also complained the same to the Collector.

He ordered the irrigation officers that to take measures for free flow of water to the downstream areas for drinking and irrigation purposes. JC-2 Babu Rao, National Highways chief engineer John Moshe and Irrigation SE KVLNP Chowdary were present.