Gang of 3 held for blackmailing government employees involved in cases 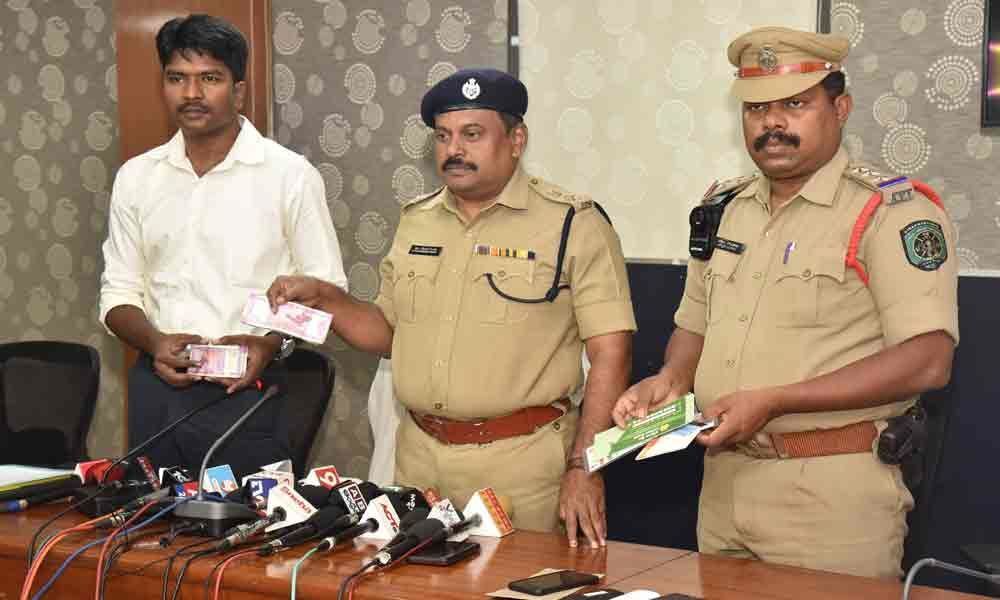 The city police, along with Task Force personnel, on Saturday, arrested three offenders, who were indulged in blackmailing the accused persons in various cases.

Visakhapatnam: The city police, along with Task Force personnel, on Saturday, arrested three offenders, who were indulged in blackmailing the accused persons in various cases. The arrested persons pose themselves as government officials and indulge in blackmailing.

The three members, after observing various cases in the media, were collecting the phone numbers of the accused persons in different cases and demanding them money for clearing the names of accused persons.

Accused one Narayana Rao collects information, through media, about the persons who are facing departmental inquiries and criminal charges. He also collects the names of government officials and employees involved in the cases.

Later, introducing himself as Administrative Officer, or Superintendent of office of the Principal Secretary, Amaravati, he makes phone calls to the accused persons in cases and demands money for clearing the names from the cases. Some of the victims deposited money in the bank accounts given by Narayana Rao.

The accused two opens bank accounts to some single women or widows and supplies bank account numbers to the accused number one (Narayana Rao). The demanded amounts are deposited into the accounts. Later, they withdraw the money from the women's accounts and share the money. Rao. They also pay some nominal amounts to the bank account holders.

After noticing the kidney scam in Sraddha Hospital in the city, Narayana Rao contacted the hospital management introducing him as Administration Officer, Principal Secretary, Medical and Health, Amaravati.

He demanded Rs.10 lakh and given a bank account number of accused three, K Mahalakshmi.

However, the Sraddha Hospital management lodged a complaint at Three Town police. A similar case was also registered at Dwaraka police station by a government teacher, who paid Rs.30,000 to the gang.

After investigation, the police found the three accused and arrested them. The gang also committed similar offences across the state and further investigation is on, the DCP said.