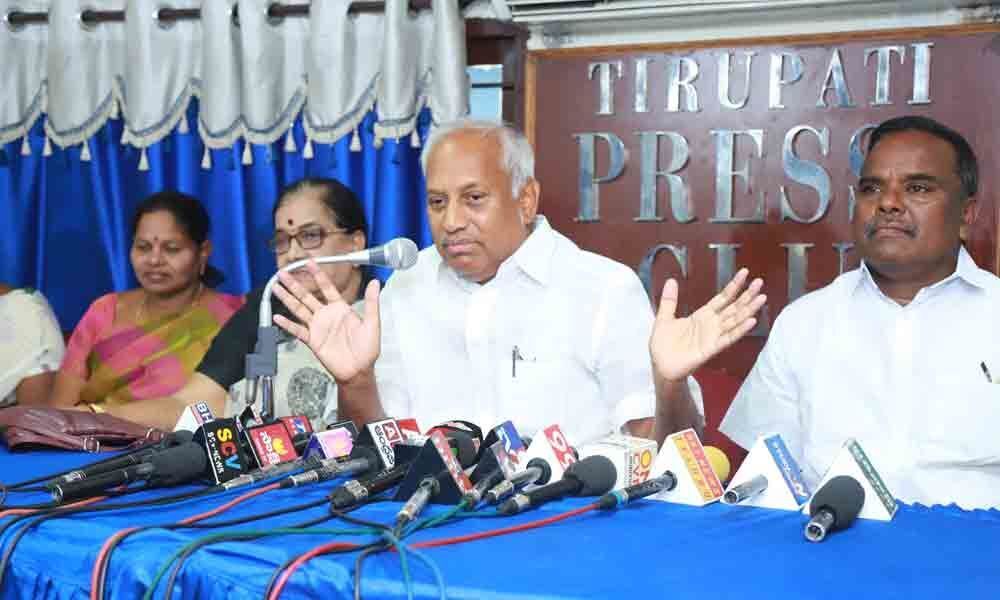 In a letter to Governor ESL Narasimhan, the copies of which were released to media by Mohan here at a press conference on Monday, the former Union Minister insisted on the TTD deposits should be made in the local bank branches.

Chinta also wanted deputation of senior officers of Indian Audit and Accounts Service (IAAS) one each at Tirumala and Tirupati and also officers Indian Revenue Services (IRS) to TTD and also appointment of permanent staff in the Financial department to ensure accountability on the part of TTD management in its financial dealings.

The Congress leader alleged that the TTD is purchasing vegetable at higher price and also not going in for international bidding for sale of human hair and also pilferage in the stocks of various items like cashew, grape, sugar, ghee etc. causing loss to TTD.