Groundnut farmers to get extra Rs 1,500 MSP per quintal 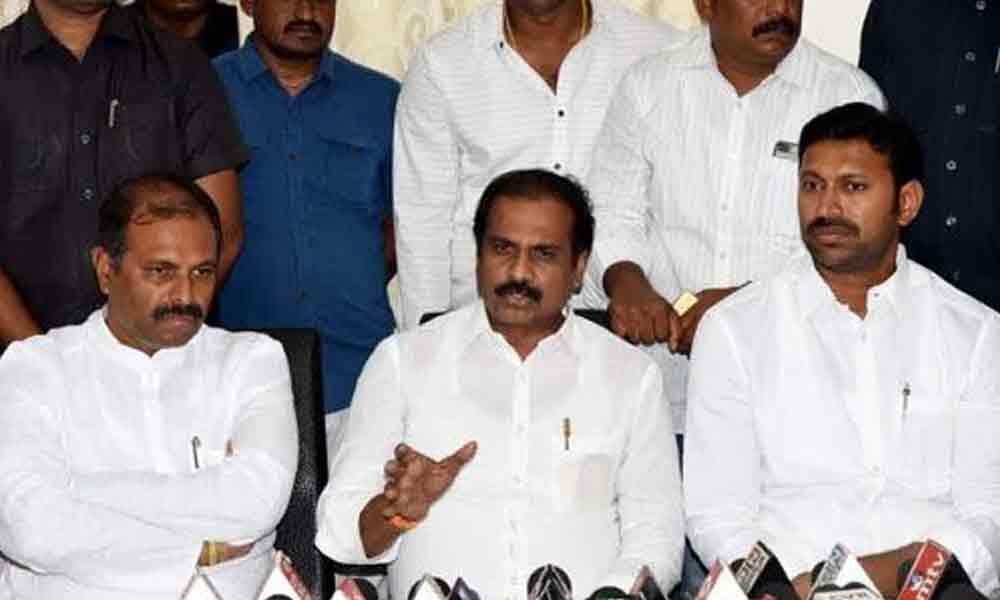 Kadapa: Describing the state government's decision to observe former chief minister late YS Rajasekhar Reddy's birth anniversary on July 8 as Rythu Dinotsavam (farmers' day) every year, agriculture minister K Kannababu said that despite financial constraints the YSRCP government was committed to implement all the promises it made to farmers during elections to raise their living standards.

He said the government would pay Rs 1,500 in addition to the current market price of Rs 5,000 a quintal, taking it to total Rs 6,500, to benefit groundnut farmers.

However, he admitted that there were some financial hurdles in supplying seed in current season and blamed the previous government for the situation alleging that it had diverted Rs 384 crore meant for procuring seed to other works.

He said that horticulture crops like mango, sweet lime, lemon had dried up on large-scale due to severe dry spell conditions prevailing this year.

Kannababu stressed need for coordination between agriculture and allied departments for effective implementation of Rythu Bharosa, zero-per cent loans, free insurance, and other schemes in the interest of improving living standards of farmers in the state.

Kadapa MP Y S Avinash Reddy said that the previous government should be held responsible for the problems being faced by farmers on various fronts. Government Chief Whip G. Srikantha Reddy, Kamalapuram MLA Ravindranath Reddy and others were present.