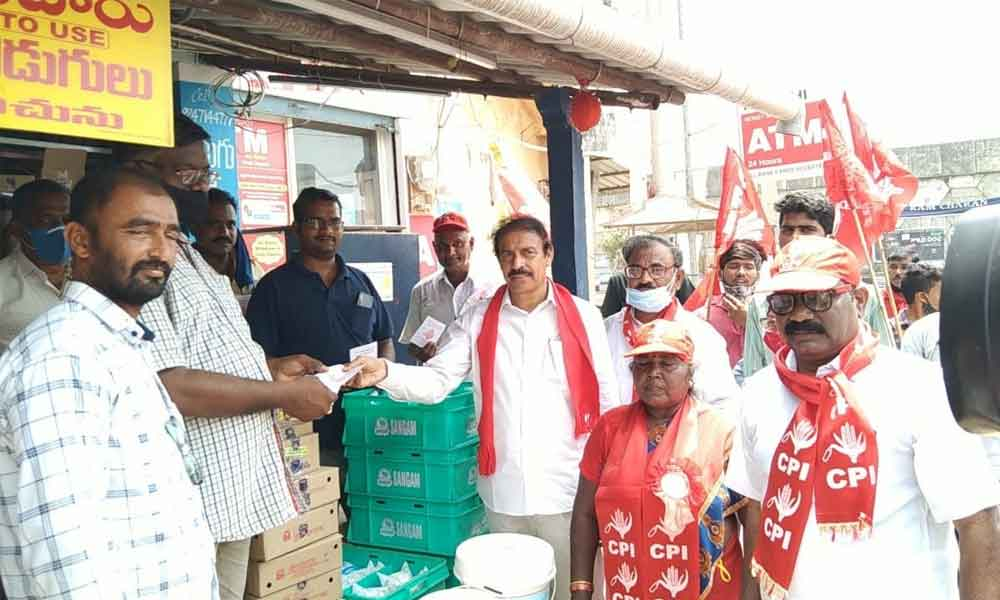 Addressing the media at Pedakakani on Saturday, he alleged that Ministers and MLAs were trying for unanimous election with a fear of defeat in the election because they have no confidence on YSRCP government's performance.

He criticised that the SEC was dancing to the tunes of the Chief Minister Y S Jagan Mohan Reddy and added that it is not in a position to take decisions independently.

He alleged that following orders of the Chief Minister, the SEC released notification for ZPTC and MPTC elections. He felt that time is short for conducting election campaign for candidates contesting in the election.

He said that Chief Minister Y S Jagan Mohan Reddy has to think on this matter and stressed on the need to save democracy. He warned that the Chief Minister cannot rule the State with the help of police for a long time.

CPI district secretary Jangala Ajay Kumar urged the voters to elect Rentala Kumari as ZPTC to solve their problems. He said, the latter worked as mahila samakhya secretary and she would be within the reach of the people.