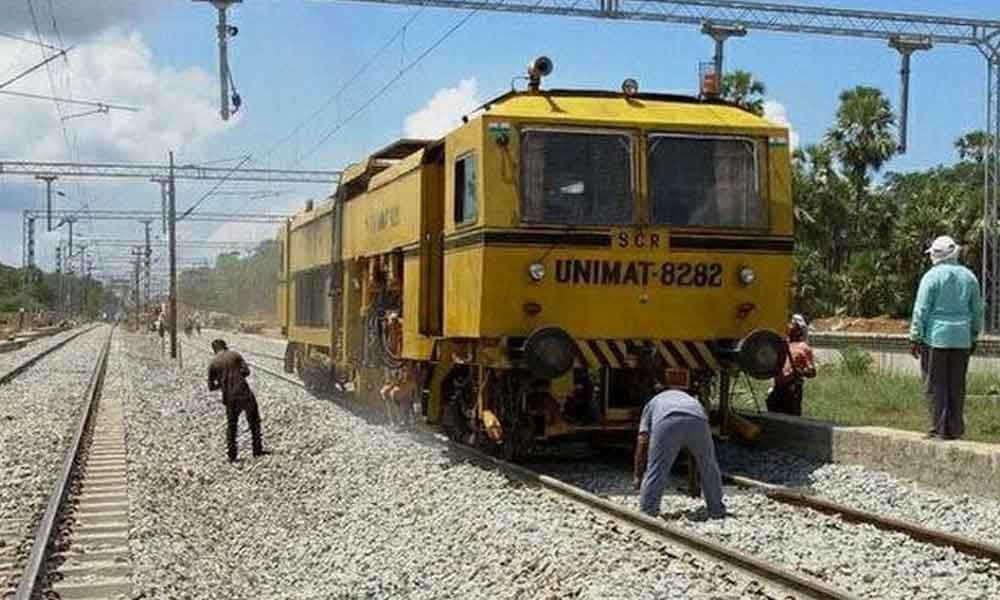 he South Central Railway has completed one important project in the capital region and partially completed another project that will connect the Krishna and West Godavari districts in the financial year 2019-20.

Vijayawada: The South Central Railway has completed one important project in the capital region and partially completed another project that will connect the Krishna and West Godavari districts in the financial year 2019-20. The first project Guntur-Tenali doubling and electrification works have been completed and Railways is ready to inaugurate the services as early as possible.

The Railways successfully completed the 24-km track doubling and electrification works at a cost of Rs 167.34 crore. The important work will increase the train connectivity between Vijayawada-Guntur-Tenali stations. Guntur city will be connected to other important cities in the country.

Some small railway stations between Guntur and Tenali got facelift as part of the Guntur-Tenali track doubling works. Vejendla station has been renovated where new station building and two new platforms are constructed. Besides, the construction of foot-over-bridge is in progress.

Indoor works are in progress at Manipuram railway cabin. Minerals from Palnadu region can be transported to Kakinada and Krishnapatnam ports after the completion of doubling of track works. Two major bridges, 40 minor bridges and other civil works were completed as part of the project. Completion of Guntur-Tenali track doubling works will give a big boon to the local farmers also.

Interestingly, the SC Railway has completed 40-km of track doubling works between Vijayawada-Gudivada-Bhimavaram and Narsapuram line.The Railways has taken up 220-km track doubling and electrification works as passenger traffic is gradually increasing in the route.

In this backdrop, priority is being given for speedy electrification of Vijayawada-Narasapuram railway line. Vijayawada Divisional Railway Manager R Dhananjayulu said initially 40-km track doubling works are completed between Moturu near Gudivada to Akiveedu in West Godavari district.

More than 20 trains are passing on Vijayawada-Bhimavaram route and the traffic can be increased with completion of electrification works by 2022. Rich Delta area in West Godavari district will be connected to the capital region of Vijayawada and frequency of trains will be increased by 2022.

The railways are planning to operate the double track between Moturu and Akiveedu stations. But, it has to get clearance from the higher authorities.