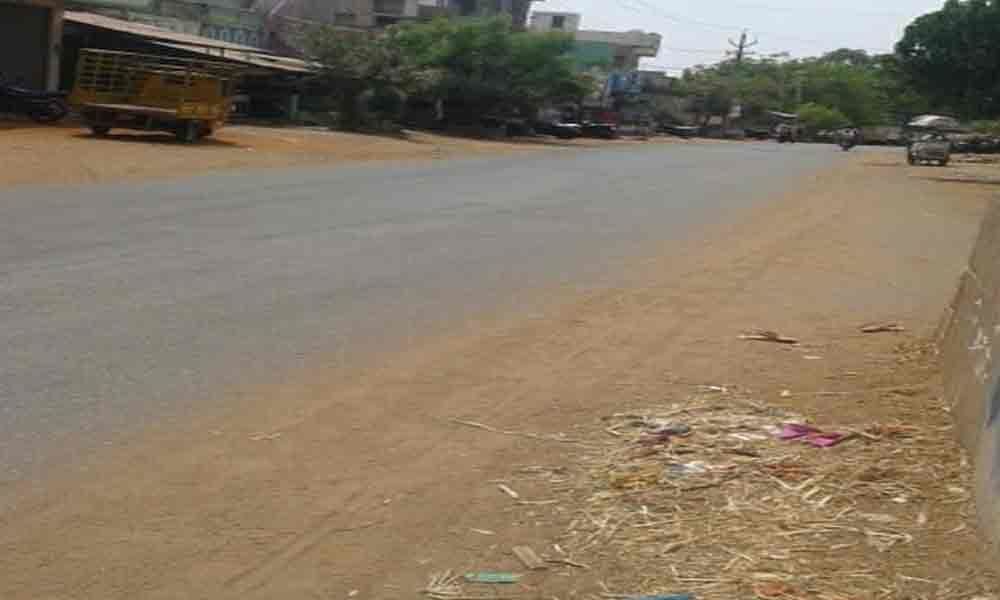 The district is reeling under intense heatwave with the mercury level crossing 42 degrees Celsius.

Unless there is any urgent need or work, people are hesitating to venture out after 11 am. As a result, streets wore a deserted look till evening. Business localities in Kadapa like Seven Roads, YV street, Koti Reddy Circle, Railway Station road and Apsara Circle which normally remain crowded throughout the day were seen almost empty by afternoon.

The daily wage workers in the towns boring the brunt of scorching sun. The severe heat saw the spurt in the sale of cool drinks, ice cream and fruit juices. District Collector Ch Harikiran said that the administration has initiated precautionary measures including free distribution of ORS packets in bus stations and other public places and also distributing leaflets on the precautions to be followed by people during the summer.

The District Medical and Health department equipped PHCs with medicines and other essentials to provide treatment to villagers if they were affected by sunstroke. DMHO N Umasundari urged the people especially aged and children not to venture out during afternoon and asked them to consume more quantity of liquid like fruit juices and buttermilk with salt.